I wasn’t sure what I would get back when I threw out the idea of hosting a {Virtual} dinner party.  My first thought – “would anyone be interested in coming?” so I threw in a not so little carrot – the blogger with the best post would win the chance to join me and 5 chefs from MADE IN AMERICA for the weekend at the Four Seasons Resort Hualalai at the end of October. 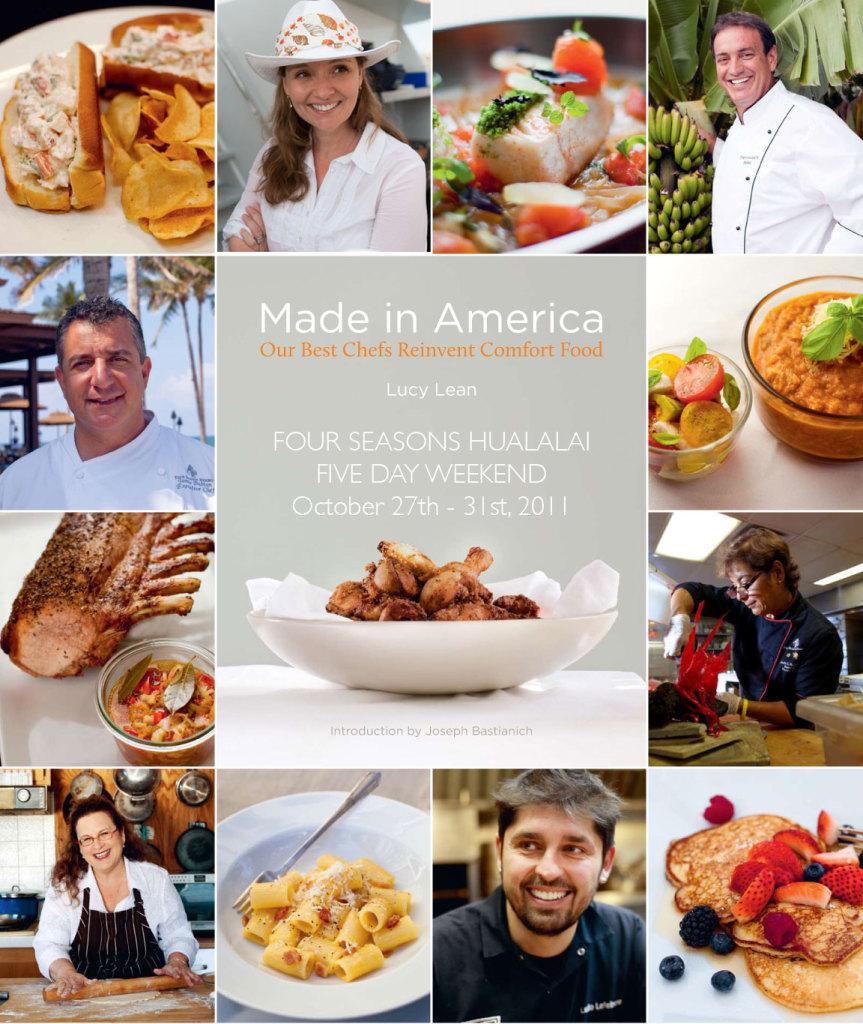 The 5 chefs – Ludo Lefebvre, Evan Kleiman, Peter Merriman, James Babian and Linda Rodriguez all contributed recipes to MADE IN AMERICA and are all set to enjoy a luxurious weekend of cooking, eating, drinking and partying… the fun is being finalized and I will share as soon as it is but in the meantime here’s the food from our MADE IN AMERICA DINNER PARTY – leave a comment telling me who you think should come?

But let’s not waste any more time on futuristic fab Four Season’s fun and cut straight to the food that we  have been enjoying: 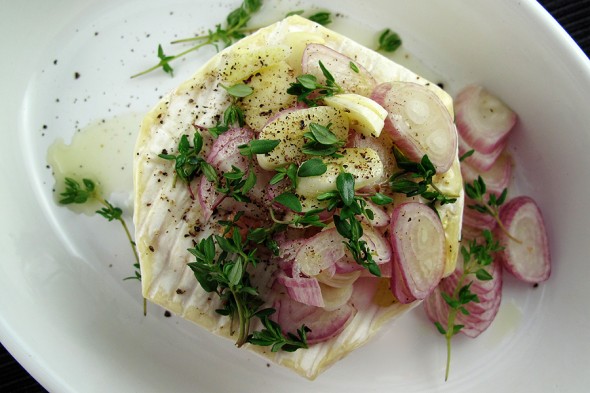 Aida Mollenkamp may have been fashionably late to our party but she brought a hot app to get the party started – a rich creamy HERB BAKED CHEESE that was a riff on a fondue. Great for us all to dig in to as friends gather with a cocktail. 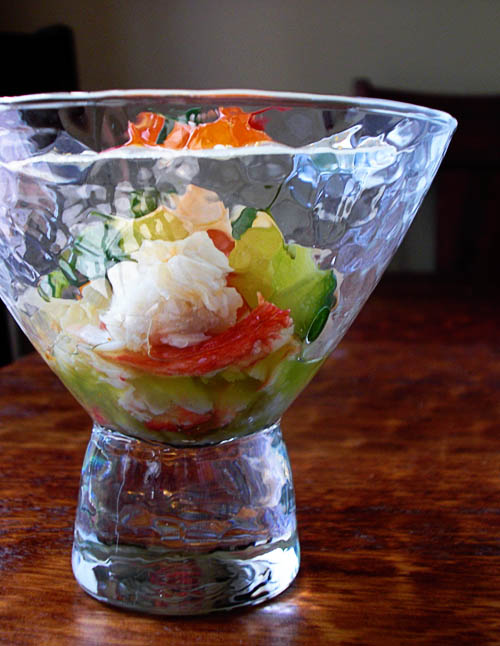 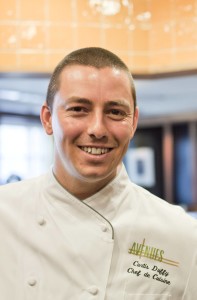 Next up a cool appetizer from Rachael Hutchings  – aka La Fuji Mama who quickly gravitated to the CITRUS POACHED CRAB SALAD from Curtis Duffy, Chicago. Of all the recipes in the book this is perhaps the least home cook friendly and the most restauranty of recipes – in that there are lots of components. Not put off, Rachael went straight to the source of the recipe – Chef Duffy himself – for a chat about ingredients, his style of cooking, what was the inspiration for the dish and what Chef Duffy is up to now that he’s departed from Avenues Restaurant. Rachael brought the entire interview to the table – it’s a fun listen. She certainly charms Chef Duffy who starts off a little cold but by the end is wrapped around her little finger, so to speak. She then went about filming herself making the dish to prove that if she can make it in her home kitchen, you can too. The delightful video is, just like Rachael, fun and flirty – and it really does show that this recipe is all about taking the time to make the individual components – which in and of themselves are not difficult. I especially love the end when she takes a mouthful and gives us a lot of time to ponder what her reaction to the crab is going to be.

[This is also a good time to plug Peko Peko: Family Friendly Japanese Recipes – click over to buy your copy of this great recipe book, which the LA Times recently featured, not just because it’s full of easy to make tasty recipes but because all the proceeds go to help Japan.] 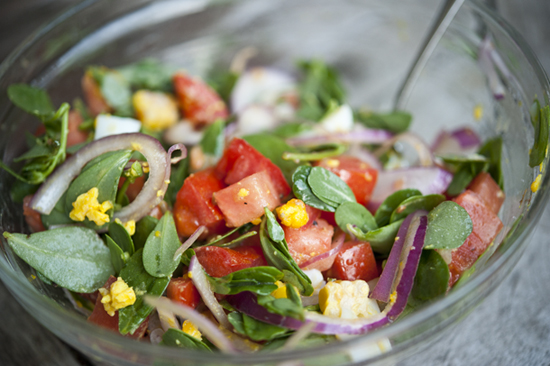 Trust Outdoors hunting fishing foraging queen The Girl Hunter – Georgia Pellegrini to honor those who have lived off the land in America with a bright fresh foraged PURSLANE SALAD that she inherited from her grandmother.
It’s similar to the more traditional Cobb Salad in Made in America from Michael McCarty of Michael’s in Santa Monica. Who says comfort food has to be hot and heavy? Here it is crispy, light and satisfying – plus you have to become a hunter gatherer like the gorgeous Georgia. 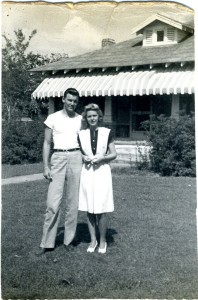 From the moment I met Carrie Vitt at Food Blog Camp earlier this year I knew we would be great friends. Carrie brings a classic Cajan dish to our table – CRAWFISH ETOUFEE. Coming from  long line of distinguished cooks, from her Great Grandmother Mrs. Ellis who lived until 100, to her Grandmother who cooked for thousands of church functions, to Carrie herself who has her Deliciously Organic Cookbook. The Crawfish Etoufée is from Carrie’s book (which I suggest you get if you haven’t already) and it’s comforting and rich in American history – don’t you just love this pic of Carrie’s grandparents?

NEXT UP Part 2 PASTA, RISOTTO AND ENTREES… from more top bloggers of America

And don’t forget it you want to try your luck and win this fabulous trip to the Four Seasons Hualalai with five of America’s Best Chefs all you have to do is post about American Food, Made in America, dinner party conversation, Chefs – anything – and gatecrash our party – you have until noon tomorrow to do so… and be sure to let me know about your post!!!