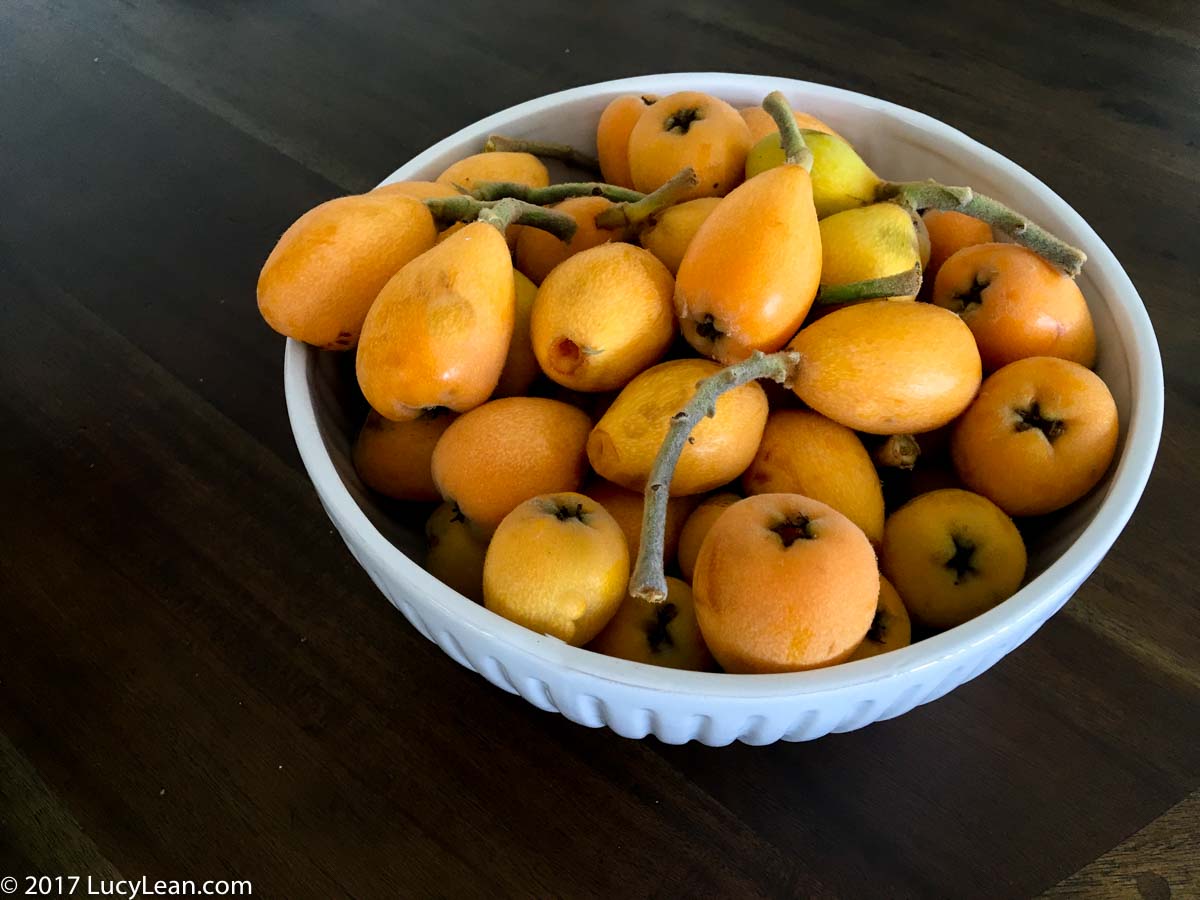 Loquat’s are in season in Los Angeles. You may have never noticed this fruit tree but they are dotted around the city. The leaves are large and glossy and the fruit hangs down in clusters of yellow and orange as they ripen. I never knew what they were until we bought our house and there’s a large established tree in the front yard that sheds sticky yellow grenades all over my front steps every spring.  And yes it’s the first day of Spring – yippee!  Today, Spring equinox means that the day and night are equal in length – which means from now until the summer the days get longer as the sun sets later and later. 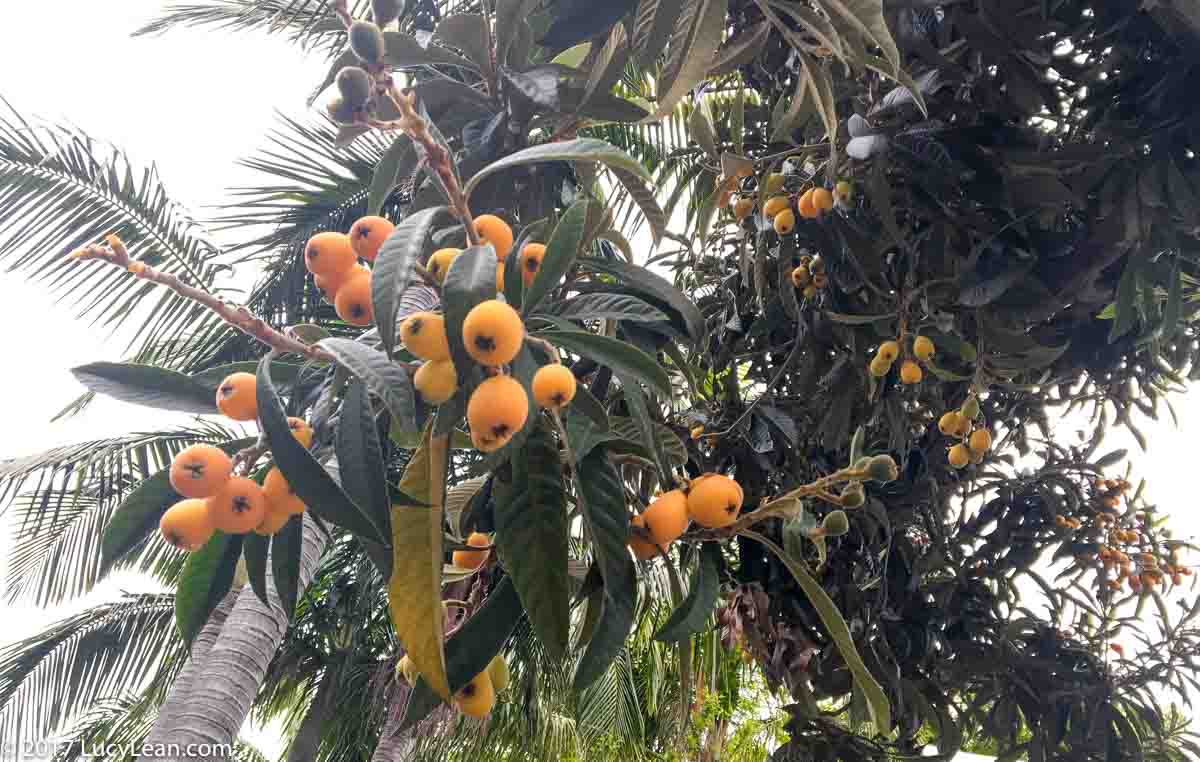 Back to the loquats. They are from the apple and quince family – but much softer when ripe. They bruise very easily and make a big mess on my front steps.  This year I have decided to look at these homegrown fruit in a whole new light and see them as a bonus rather than a nuisance. I’m harvesting them and getting my loquat on – making up batches of loquat jam,loquat jelly, loquat liquor from the pits – now I’ve got to do a little more research on this one as someone mentioned they are poisonous – apparently it tastes like Amaretto – yum! 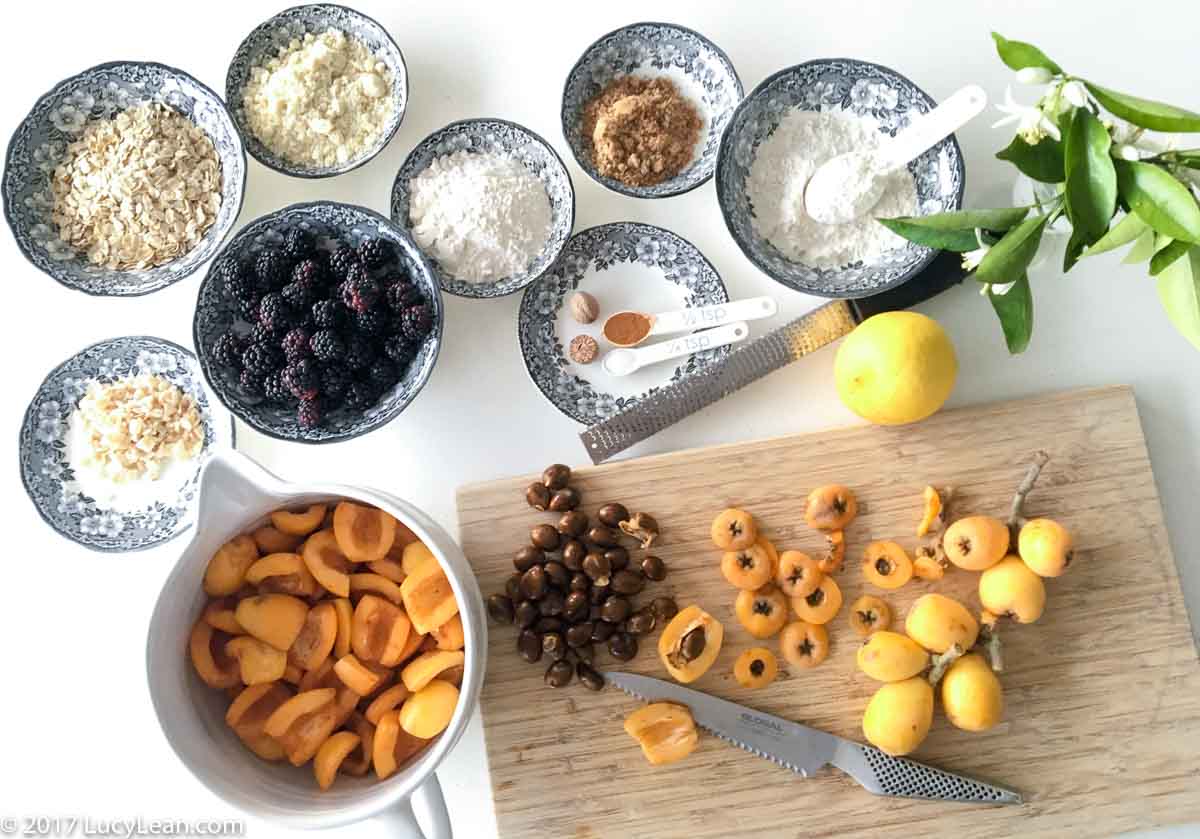 So tonight I made a Loquat and Blackberry crisp for dessert. A favorite growing up in England was blackberry and apple crumble with custard. Both the apples and blackberries would be in season together in the late summer/fall at the farm and the best ever crisp was made by Monique. Monique was a New Yorker who came to live in Devon when she married Brian. Her topping was a mix of oats, brown sugar, butter and flour. I sadly never got her recipe before she died from breast cancer 20 years ago. She did however give me such great advice when I first met Didier and was living out of a suitcase dividing time between England and New York. She told me that I shouldn’t worry about work, career and such like, that the work would follow and find me. At the time I was working at PolyGram – we had just released Trainspotting and been in Cannes at the film festival – exciting times. 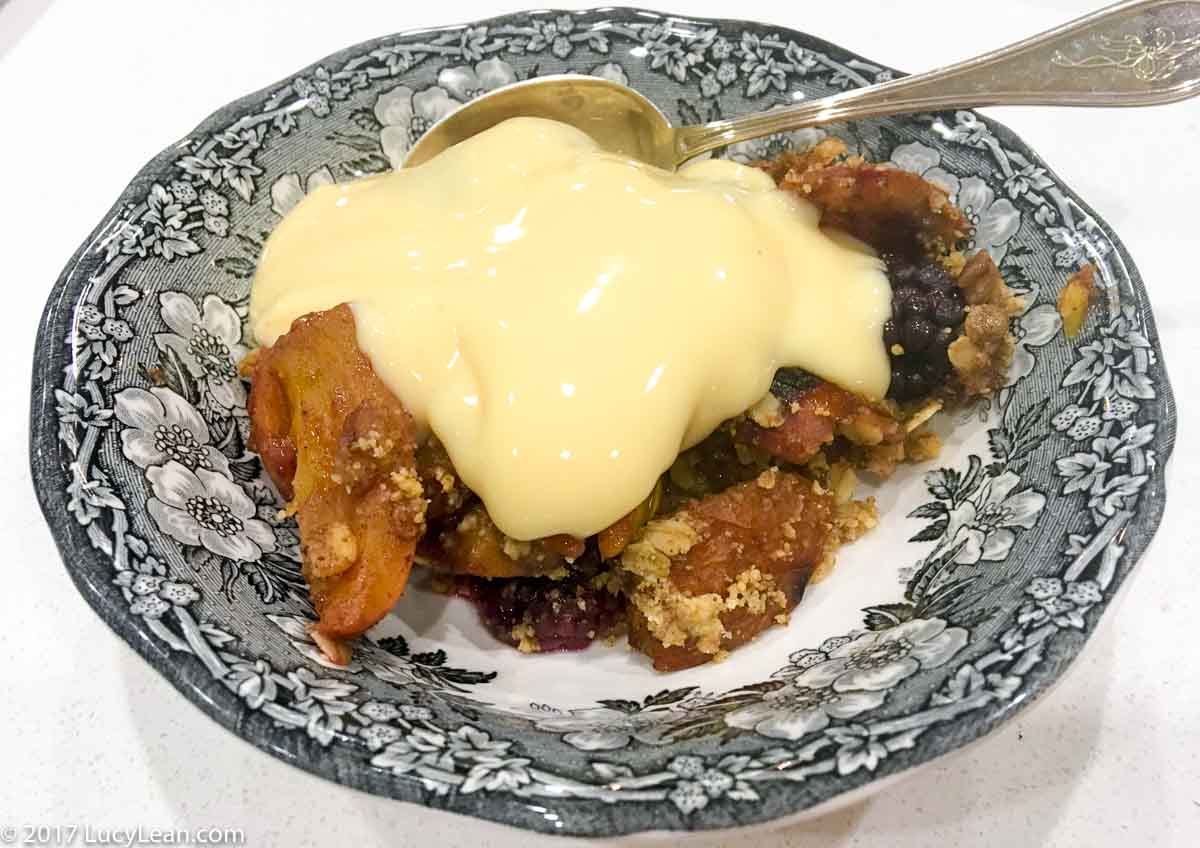 I like to leave the loquats with the skins on – this way they retain their shape and the skin is in no way tough. The cooked fruit is rather like a plum crossed with an apple – utterly delicious and so perfect as a crisp with a hint of cinnamon and nutmeg and served with custard. From being the bane of my life causing sticky steps to being the love of my life as a comforting healthyish dessert loquats are literally my new jam, crisp, liquor – all of the above.

Ingredients for the filling