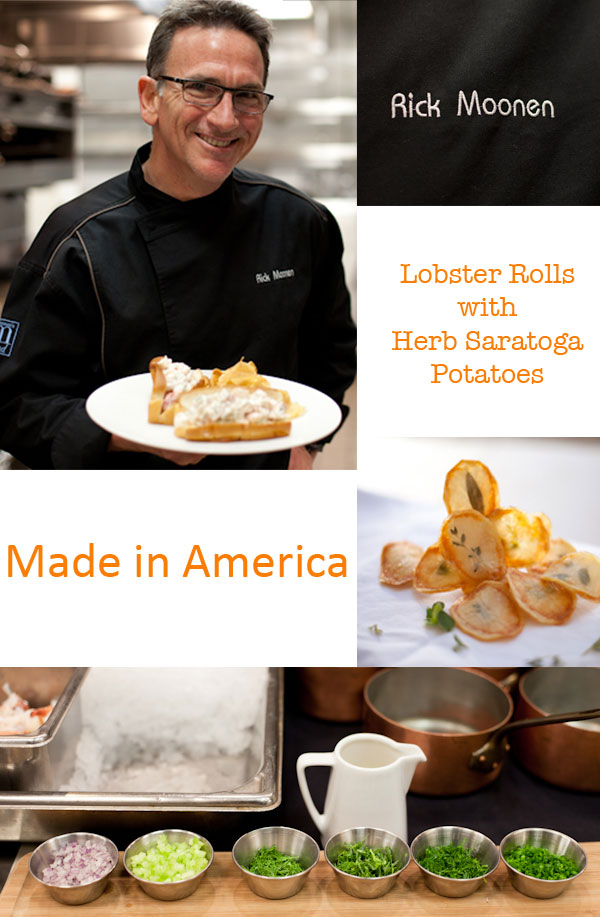 This top chef knows a thing or two about seafood – his restaurant sm seafood in Las Vegas is a mecca for anyone wanting a delicious fish supper, it also has some of the best sushi in town. But don’t think you’ll find anything unsustainable on this chef’s menu – he takes his fish very seriously. Having fished since he was a child with his father he not only loves the bounty of the sea he has put time and energy into protecting it. Not least his work with the Monterey Aquarium. 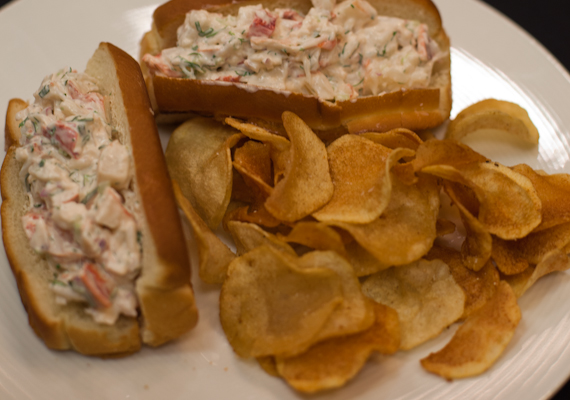 Moonen has given me his recipe for the classic American sandwich – a lobster roll in Made in America. One bite of Rick Moonen’s lobster roll, (fresh herbs, celery, onion, lemon zest, mayonnaise, and crème fraîche piled high in a toasted bun, with homemade salty Yukon potato chips on the side) will transport you to the New England coast. These are the flavors of summer: Salty sea air, sand between toes and summer holidays at the seaside. Rick Moonen and I will be heading out to sea together to fish on August 4th – fancy coming along? He says he’ll be making lobster rolls too! 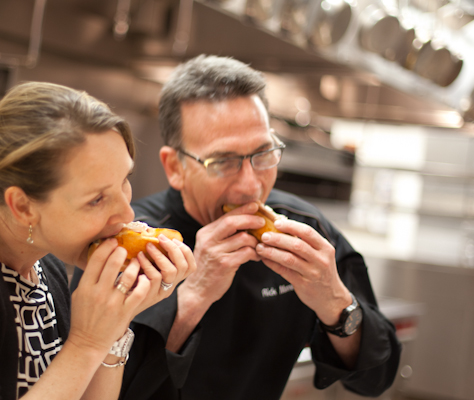 When we met in Vegas back in February I shot this little video of Moonen making a lobster roll:

Rick Moonen worked in my father-in-law’s kitchen during the eighties and it was such a pleasure to catch up with him in Vegas earlier this year. He was keen to share stories from the good ol’ days when he worked at La Côte Basque. He was part of the original crew under Jean-Jacques Rachou – working the line alongside Charlie Palmer. “Rachou was the first French chef to bring American’s into his kitchen,” Moonen told me. “He got so much shit for that but he did more for American cuisine than anyone at that time.” 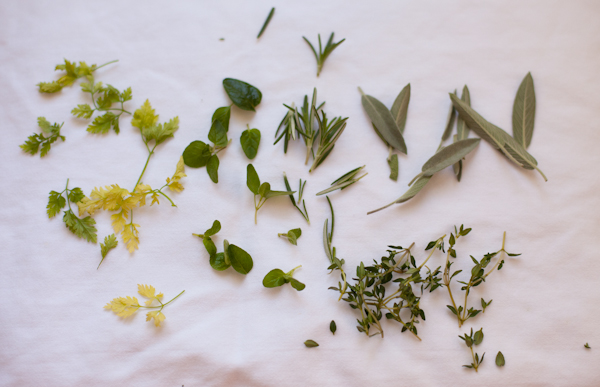 To pair with the lobster rolls Moonen suggests a side of potato chips. Potato Chips began life being called Saratoga Potatoes in America in the mid 1800s. I was able to find many recipes calling for thinly sliced potatoes dropped into iced water, dried and then fried in oil. To bump things up a little I have adapted – or rather added herbs – these are super easy to make up, very pretty and so delicious. Skip the iced water and sandwich an herb leaf between two slices before frying. Any herbs can be used; the tarragon, dill, and parsley in the lobster roll would be nice, as well as chervil or sage—or a mixture. 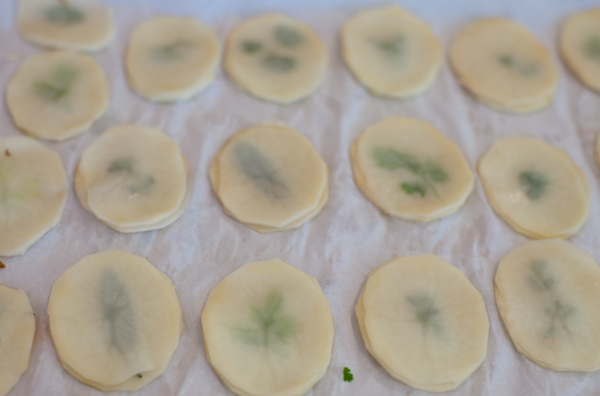 Thinly sliced potato slices used to sandwich each leaf. Don’t wash the pototo slices – you want the starch to bind the two slices of potato together. 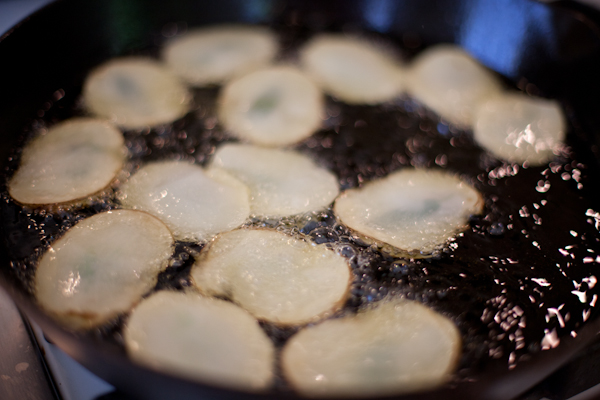 Heat about 2 inches of olive oil in a large heavy skillet over medium heat. I don’t use a thermometer, I test the temperature of the oil with a piece of potato to see when it’s hot enough to add  the potato chips. When they are just turning golden brown flip them over and cook for another couple of minutes until the potato is cooked, the herb is revealed in the chip and the potato is beginning to crisp up. As the potato chip cooks it becomes translucent, revealing the herb inside. Transfer the golden brown chips to paper towel to drain and serve warm with a good sprinkling of fleur de sel. As Minty says, “These are the most delicious things you have ever cooked!” 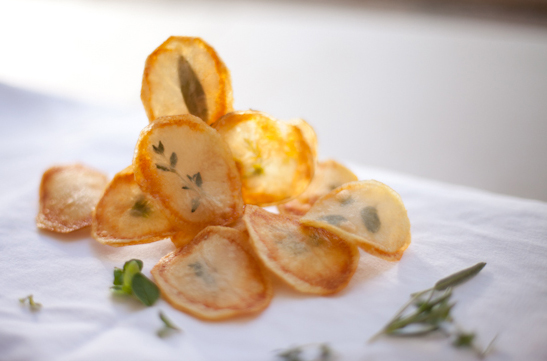 And don’t forget to book a ticket to come and fish with Rick Moonen when he comes to LA August 4th – it’s going to be a lot of delicious fun.