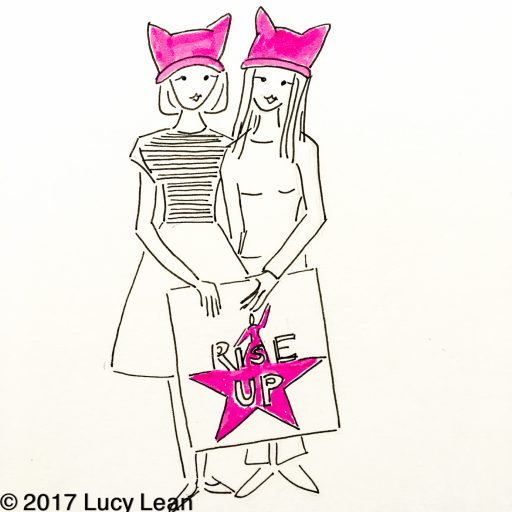 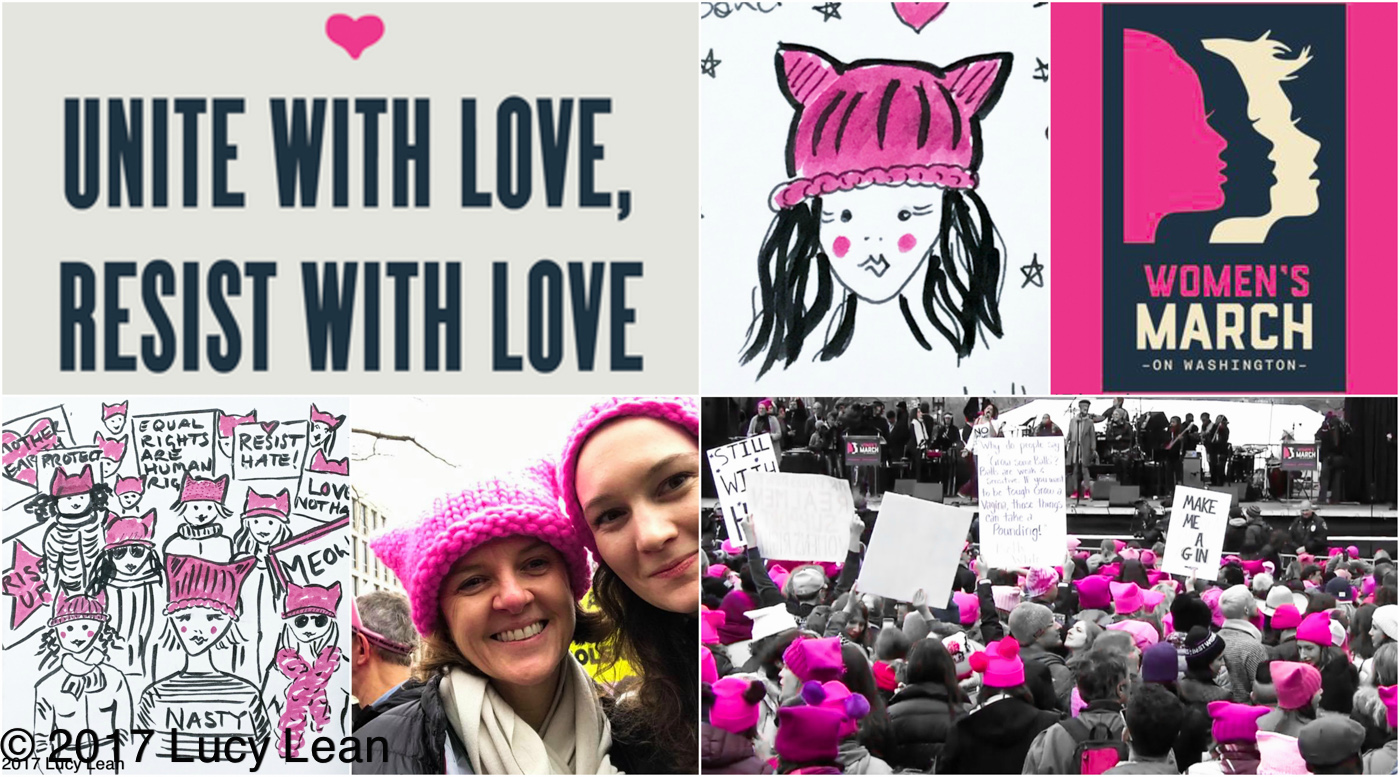 Today was a beginning of something big – people across the world took to the streets to protest equal rights for women, wearing pink knitted hats and carrying banners.  The Women’s March on Washington and the Sister Marches around the world were a wash with pink. (I love how someone highlighted the letters in MAKE aMErica greAt aGIN) 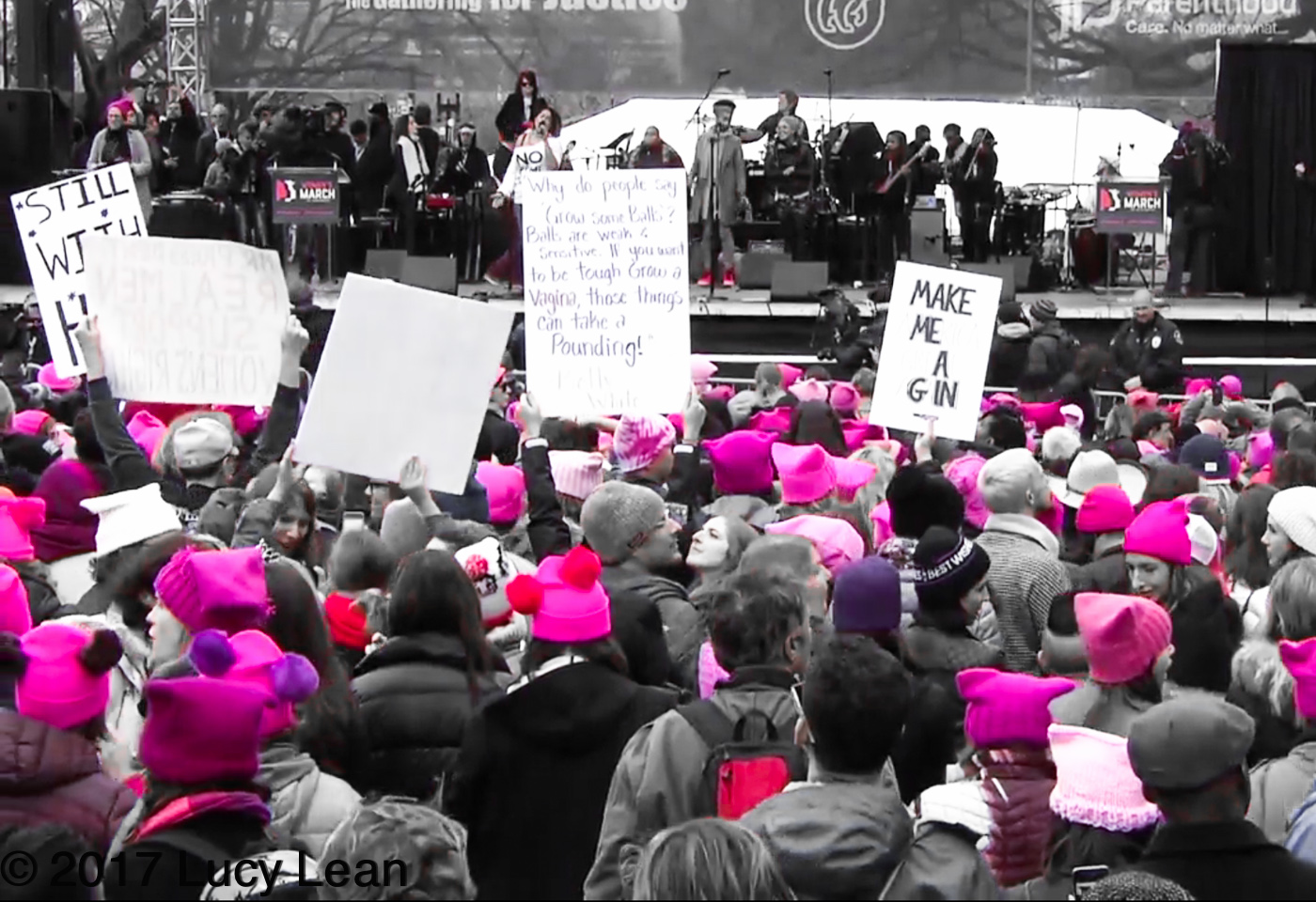 It all began for me about six weeks ago when I get a message from Geraldine in New York asking if I would knit her a pussy hat she could wear on the Women’s March.  Of course I would I said without even really knowing what I had signed up for. At that point the idea of lots of women wearing pink pussy hats as they marched in Washington was in its infancy. This brilliant idea, dreamt up by two women, friends and knitters Jayna Zweiman and Krista Suh was the Pussy Hat Project and it quickly spread. Knitters were making up homemade pink knitted hats to send to Washington in their thousands. 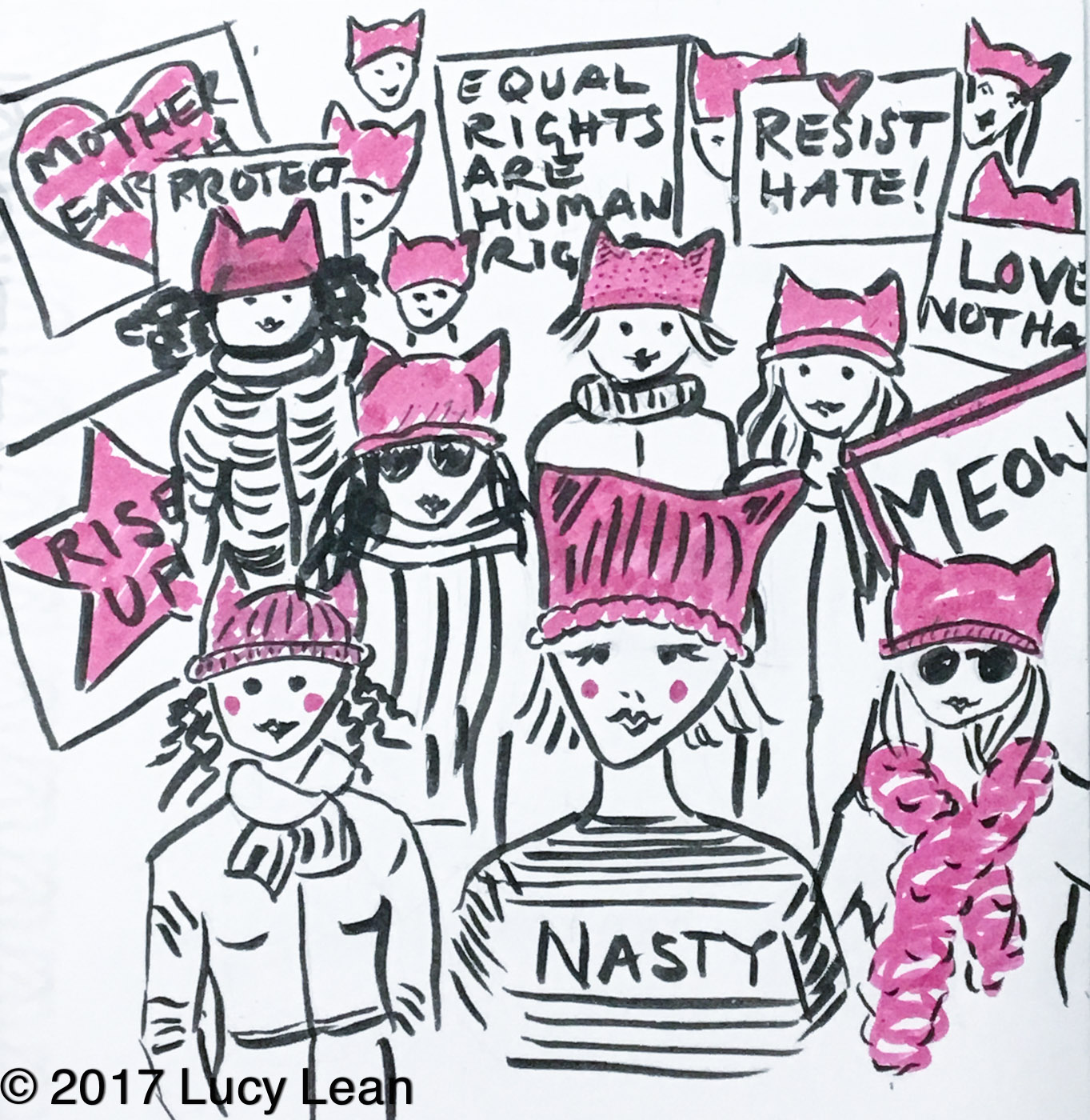 Off I went to The Little Knittery in Atwater Village to buy yarn and to meet the mother kitty herself, Kat Coyle, who came up with the original simple pattern for the Pussy Hat Project. Demand for pink yarn as the project went viral meant that knit shops across the country were having trouble stocking their shelves, and the Little Knittery was no exception. As luck would have it they had received a delivery from Loopy Mango moments before I walked through the door and Kat very kindly opened up one of the giant cardboard boxes to reveal hundreds of balls of spicy hot pink yarn.  I bought 3 balls of the soft chunky yarn that would make up four hats.  Little did I know at that time I should have bought 10 times that – demand quickly out paced supply amongst my friends asking for a knitted hat and all the yarn shops in LA became devoid of pink yarn of any size or shade. The world went pussy crazy and not in the Hello Kitty sense – I mean who can resist these gorgeous kitty cookies? 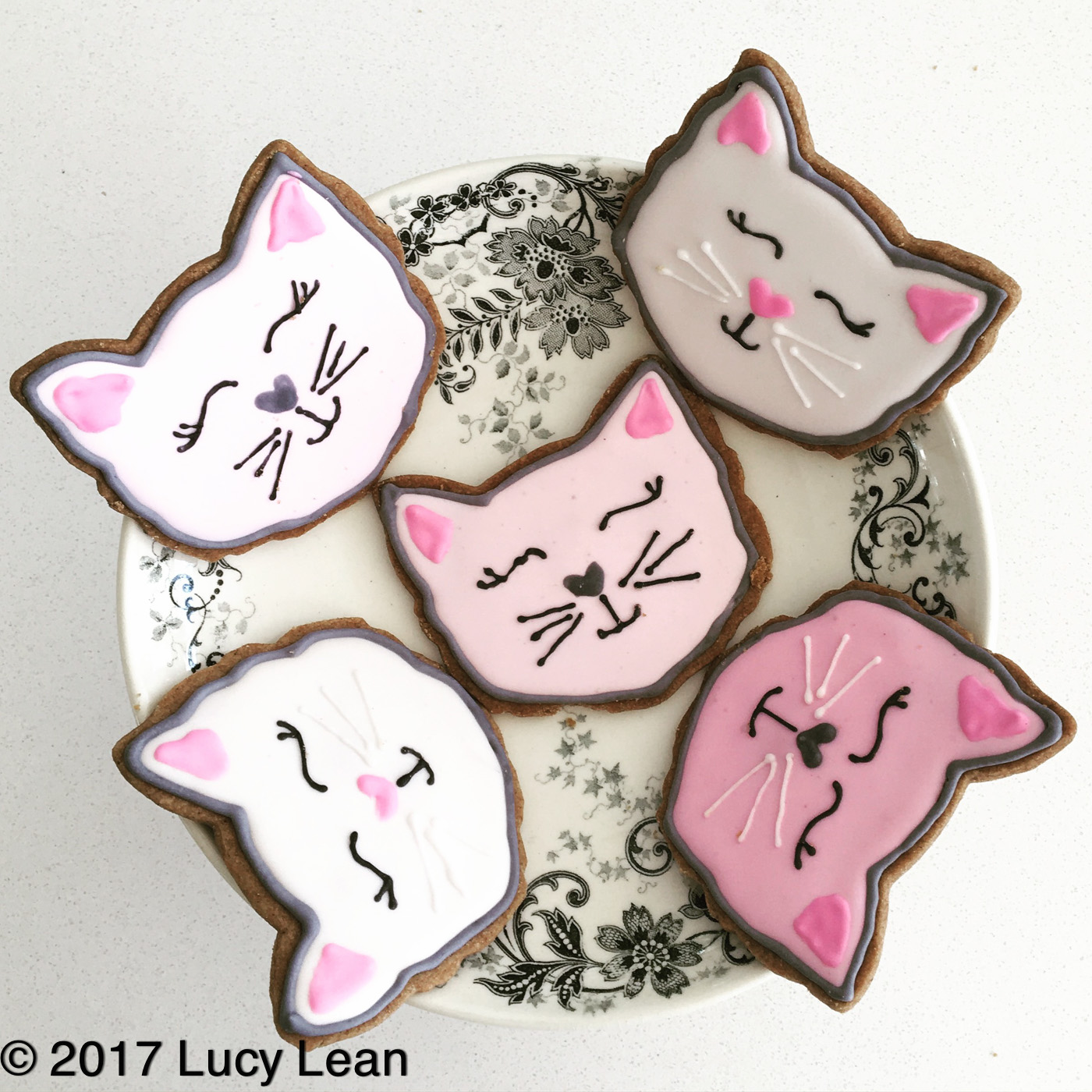 Kat’s simple pdf patterns on line for the pussy hats all seemed to use a circular knitting approach and I wanted to use my large Wool and The Gang needles – so Kat kindly gave me her very simple pattern. Cast on 18 stitches using size 17 ( 12 mm) needles and a chunky yarn like the Loopy Mango Merino 5 in Spicy Hot Pink or Wool and the Gangs Crazy Sexy Wool in Hot Punk Pink.  Knit a row, purl a row until knitting measures 17 inches and cast off. 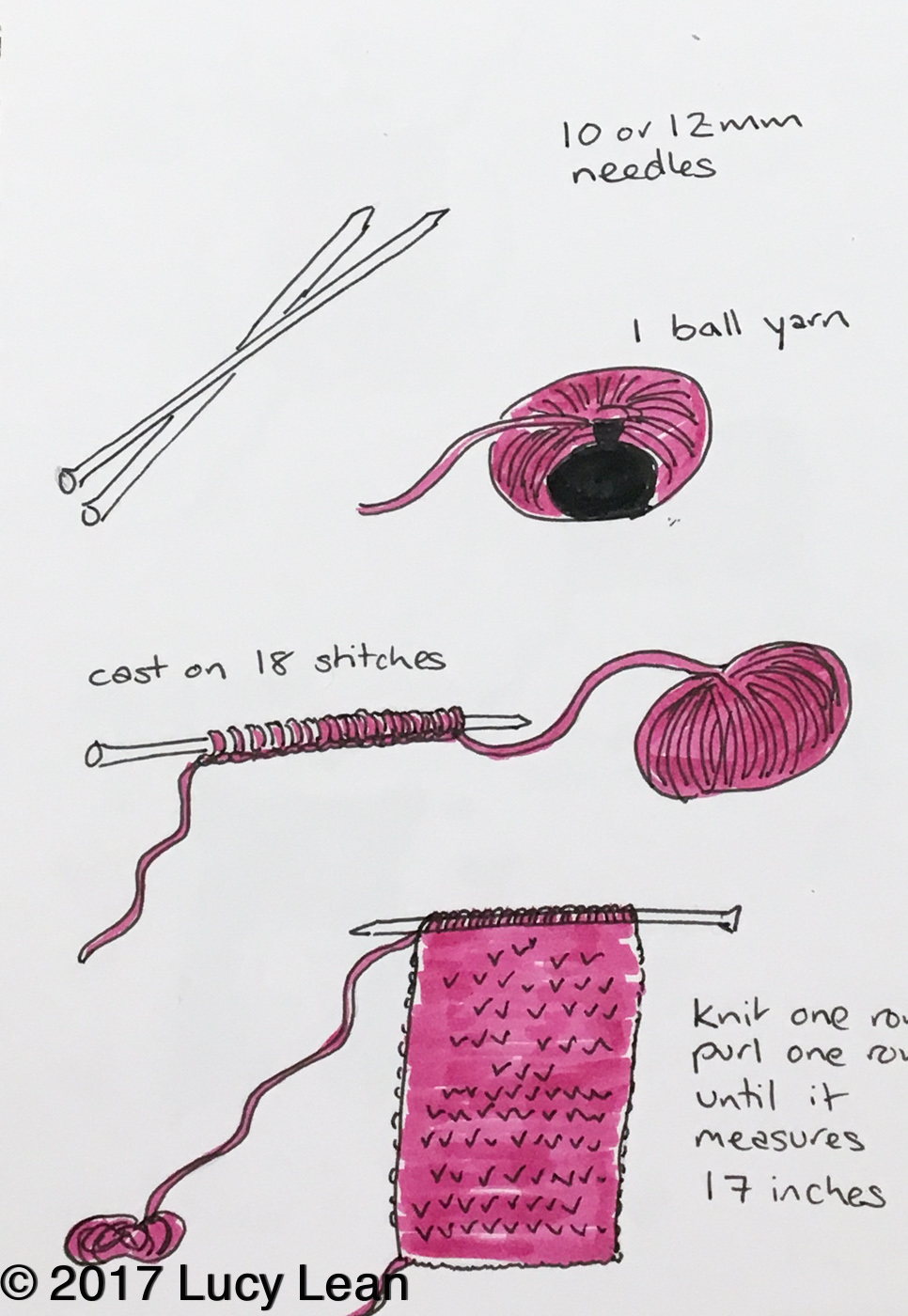 If you leave a 12 inch piece of yarn when you cast on and then cast off and leave a 12 inch length of yarn on the opposite side of your rectangle it is easy to use this yarn to sew up the two sidesFold the knitted rectangle in half and sew up the sides – turn up the brim and put on your head to reveal the pussycat ears. 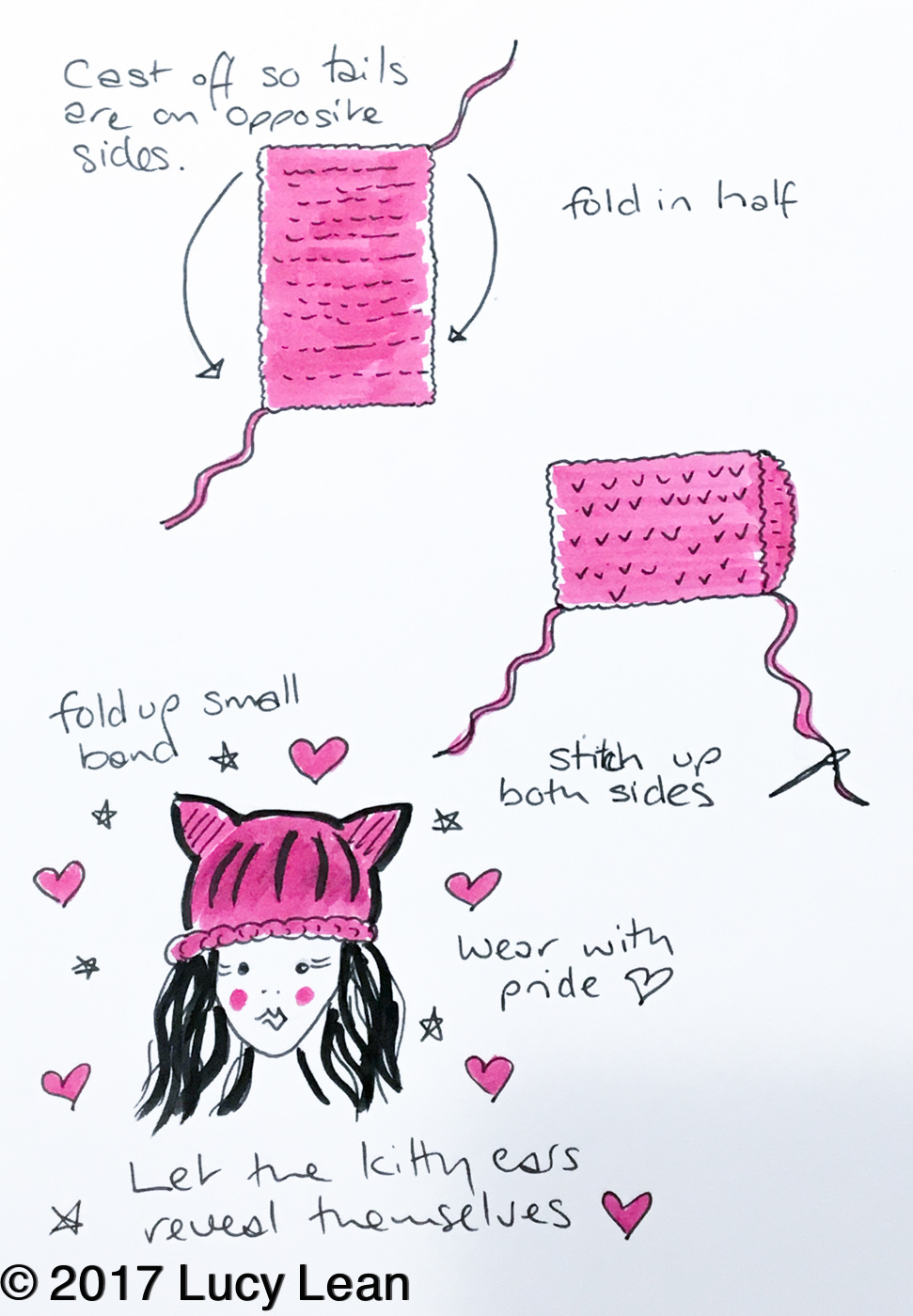 And so I began to knit. Each hat takes about an hour to knit, if I’m not distracted, and I even forced myself to do my least favorite part of any project, sewing up. Knitting was not only relaxing it was a time to think and a time to reflect. It was calming and meditative and I needed it. The world was depressing to me and hope seemed to diminish in the run up to the Obamas leaving the White House. Somehow, knitting pink hats helped. 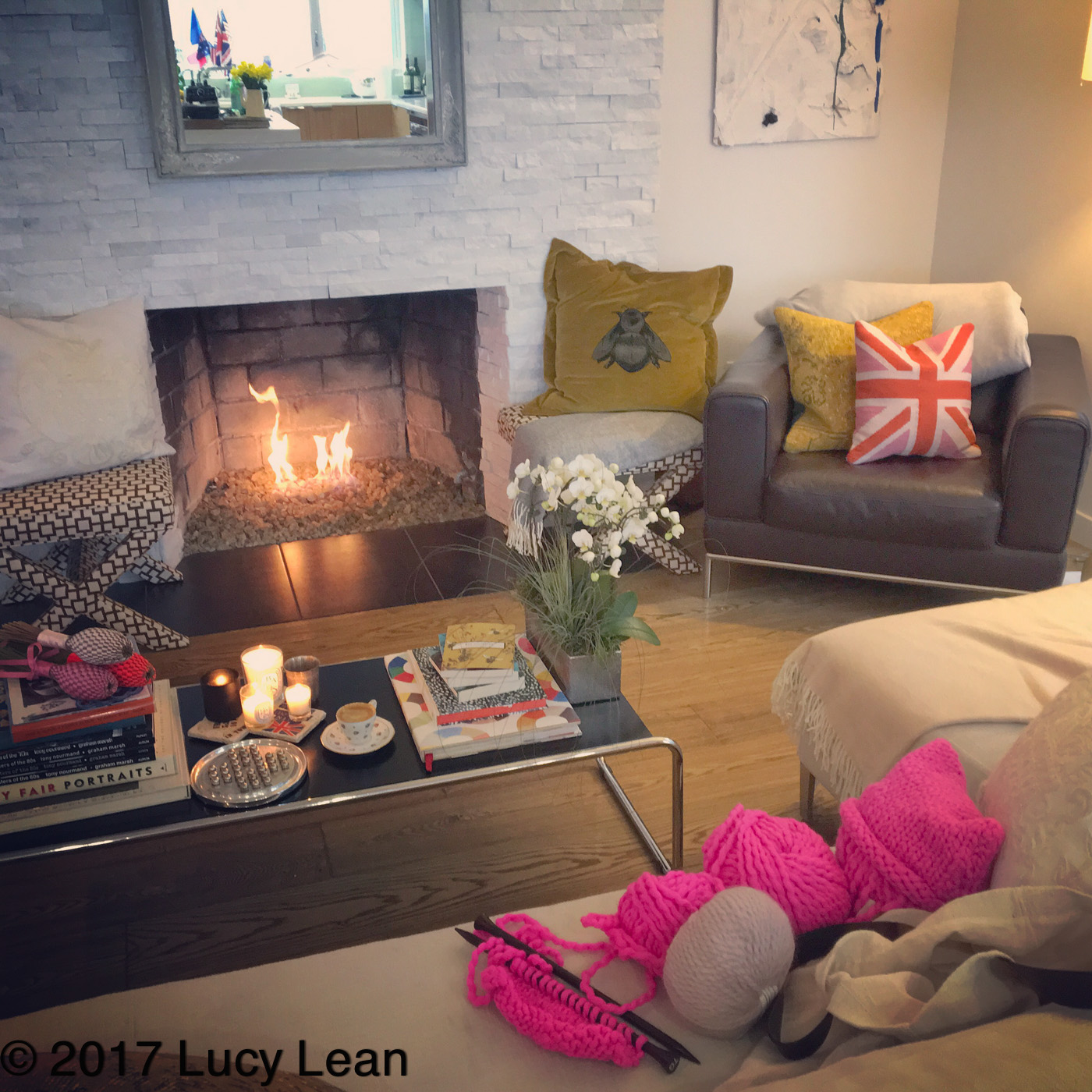 I would sit by the fire, candles burning, as it poured down outside.  I was cozy with my knitting and world politics were forgotten for a moment. 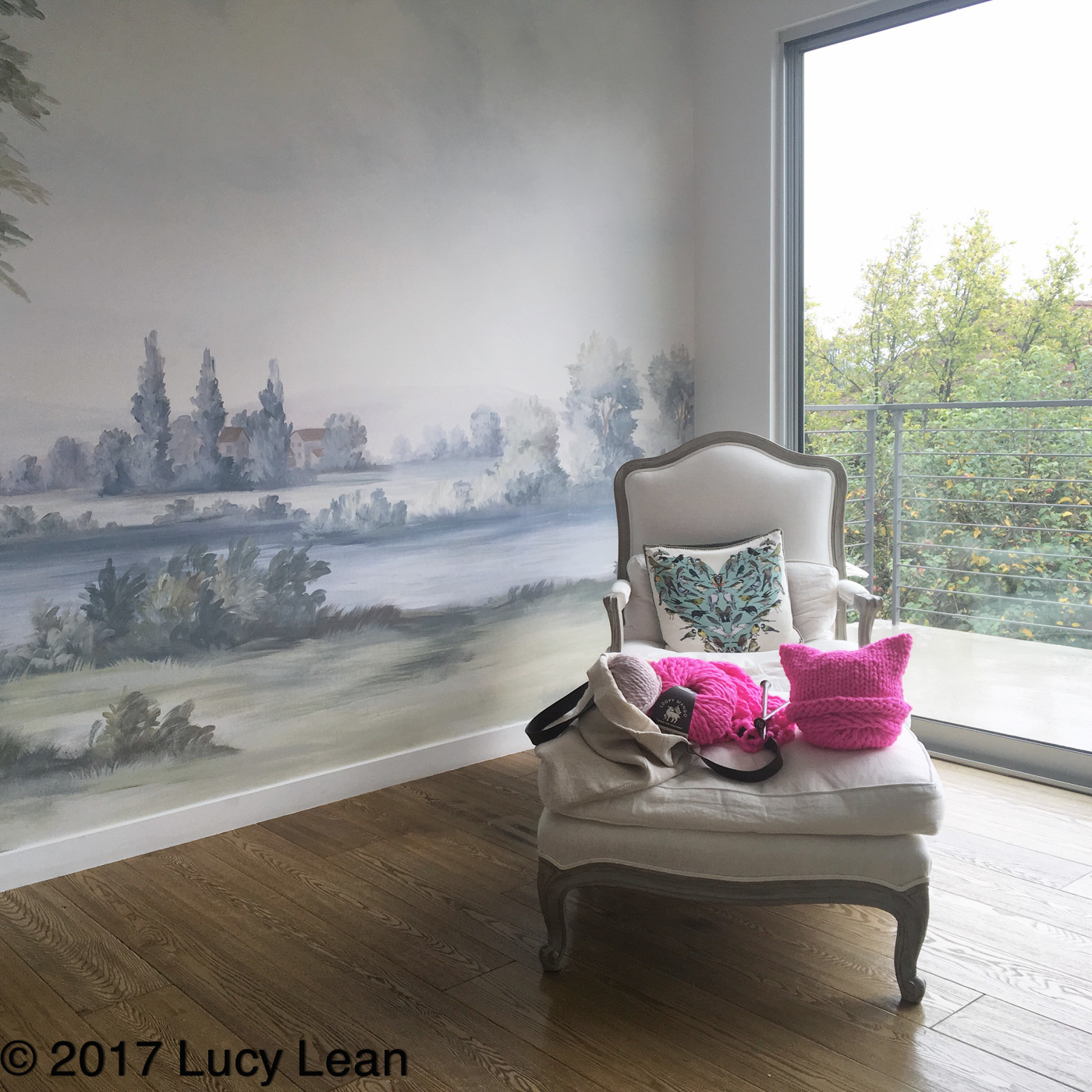 Two hats for Geraldine finished, boxed up in pink tissue paper, and sent off to the East Coast.  Two hats for Pam and her daughter Louise, sent off to Brooklyn – although sadly USPS let us down and they were delivered a day and a half late. This kitty’s going to ROAR!  On Thursday night, the eve of the Inauguration I got a text from Lisa – Can you knit 7 more hats?  I wish – I was all out of yarn and there wasn’t a ball to be had anywhere in town. 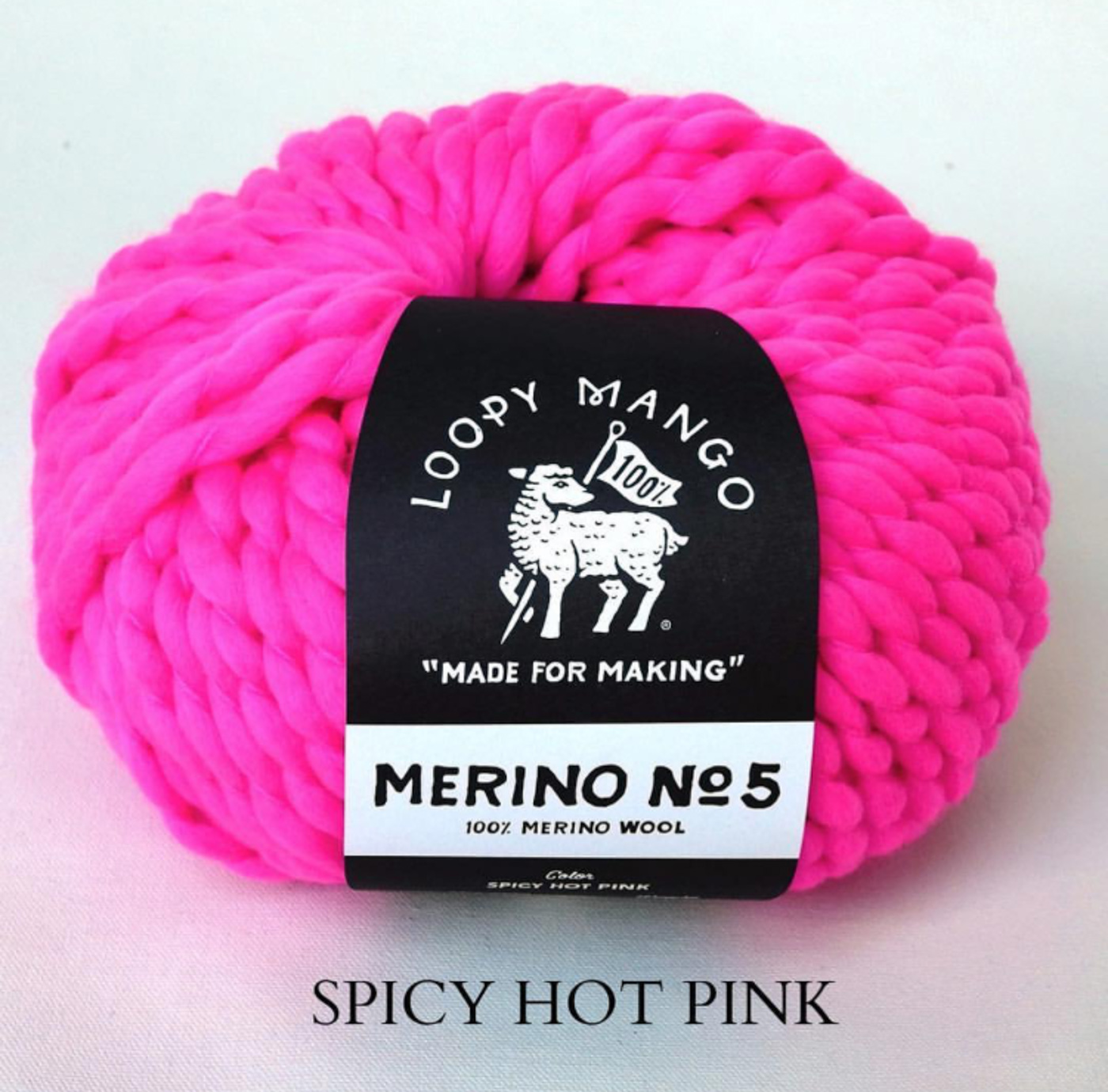 I need a pussy hat and I know a few girlfriends who could use one too – so today I woke up and I ordered more balls of yarn from Loopy Mango. I’m thinking perhaps we will all want to continue to wear our hats proudly – to remind the world that this Pussy Power is real and not going anywhere fast.  We all need to see today as a starting point, a coming together to find strength and a way to energize moving forward.  There’s work to be done and I’m hoping America has woken up to the realization that change can happen but only when we don’t take our duties as a citizen for granted – get out and get involved people.  Let’s hold this new administration accountable from day 1 and don’t let up.  Let the pink pussyhats become a reminder to rise up together, as one magnificent pink force for good – that can’t be ignored, shamed or brushed off. Women’s rights are human rights and it would behoove us to never forget it. 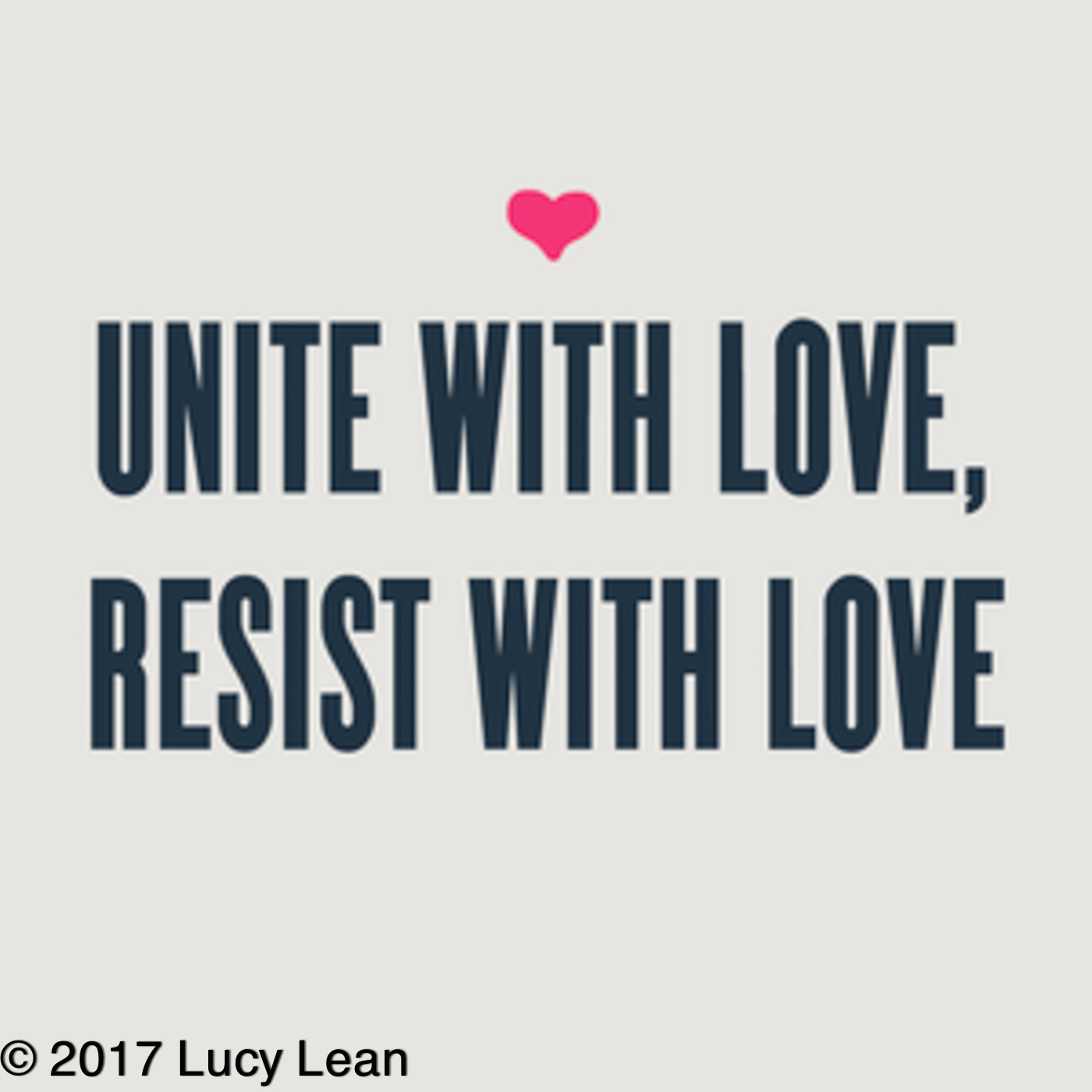 Let me know in the comments if you’d be interested in coming to my next knitting party, we’ll all be making pussy hats obviously, and I’ll sign you up and make you a kit.  Rosé Corner, pink knitting and empowered girlfriends – together we will overcome. Let’s not let this become what the haters have already suggested and just be about pink hats – let’s take this power and passion and use it to change the world – can you hear us yet? 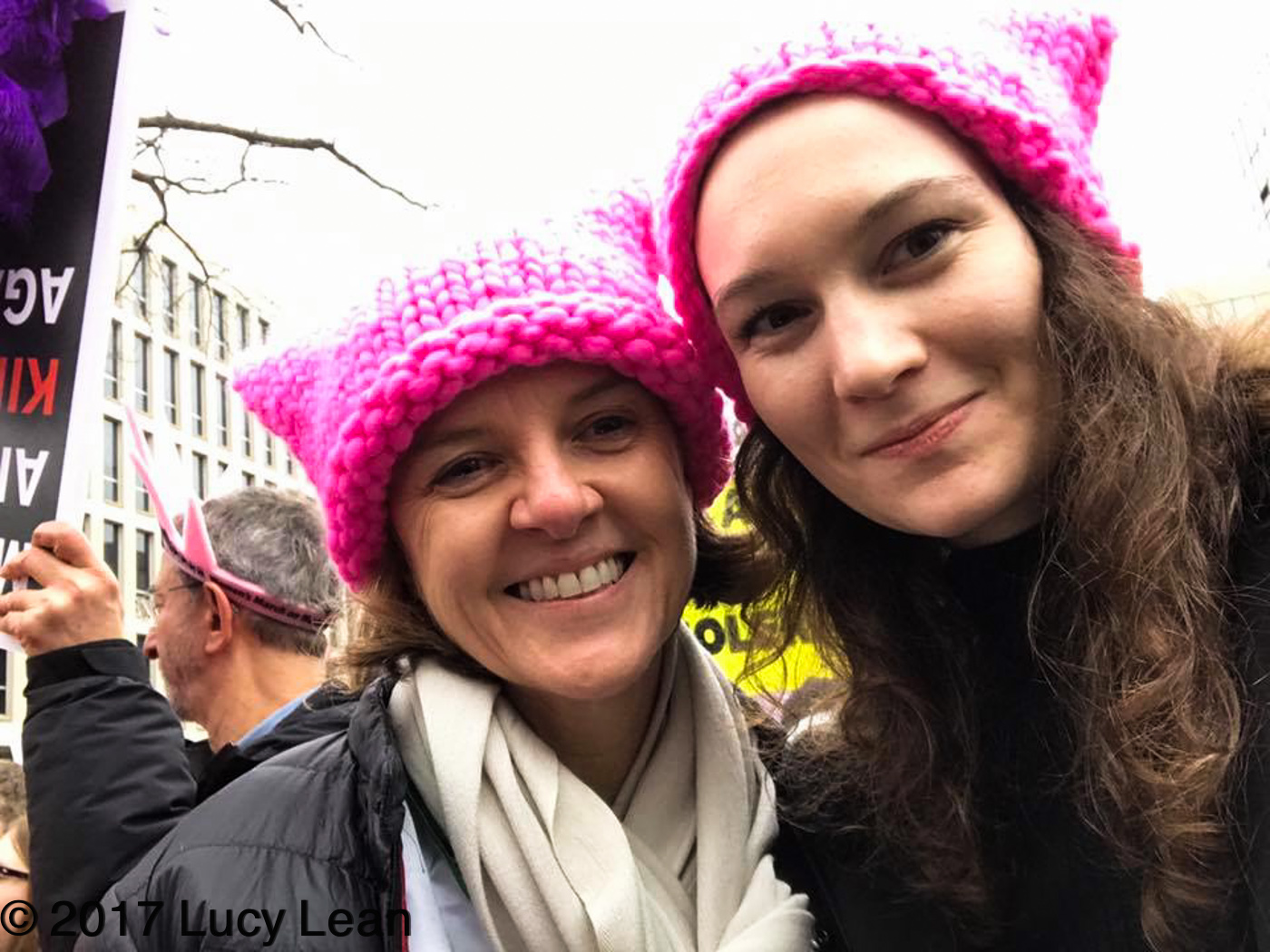