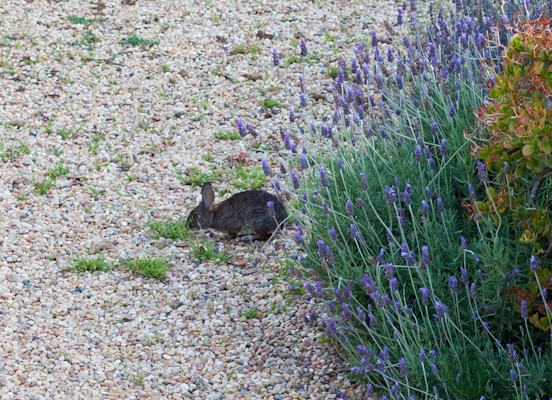 I was going to bake a cake to celebrate my sister’s birthday – which is today – but instead I got distracted when this fluffy bunny hopped out from behind the lavender in my garden. Since Let is in England and I’m here in Los Angeles with the Easter Bunny it would have been hard to get a cake to her – hard but not impossible – remember the gingercakes in a jar or the snow globe Christmas cakes? – well I’m feeling the need to develop a way to send birthday cakes across the pond, watch this space.

Instead of making a cake Mummy and Pat arrived from Australia yesterday morning with a box of lamingtons – which we all enjoyed for tea and then more for dessert. They came from a bakery in Sydney called Baby Cakes, made by Reneé. Should have thought to stick a candle in them and sing you Happy Birthday – but the soft cakes – in this case a marble cake with the chocolate and coconut covering were calling my name so loudly it was all I could do to take the pictures. The coconut covered cakes traveled remarkably well in the suitcase from Australia so in the next few days I’m going to experiment – I will post the recipe. And why don’t we have this sweet treat available in Los Angeles, I wonder? I asked Jonathon Gold via twitter for his advice and the nearest place he came up with was in Oakland. Then someone else chimed in that David Lebovitz had a good recipe for Lamingtons – in Paris!  Cake Monkey? Valerie? Joan’s on Third? Anyone local want to start making Lamingtons – and whilst you are at it when can we import the custom of a flat white? 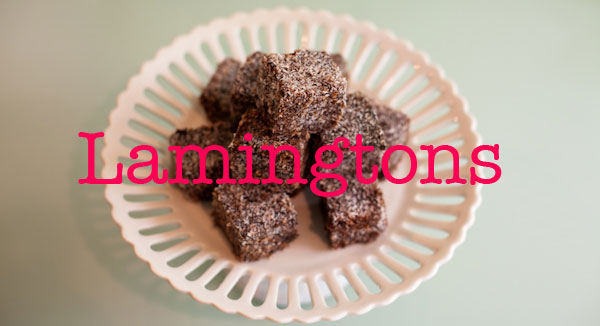 Celebrating a birthday so close to a holiday – in this case Easter – can be tough. Although Good Friday is not nearly as harsh as having to share your birthday with Christmas or even New Year’s Eve. Best of all April 6th is a great time to celebrate a birthday because Spring has most definitely sprung and all the world is blooming – just look at the wisteria that’s out over our gateway: 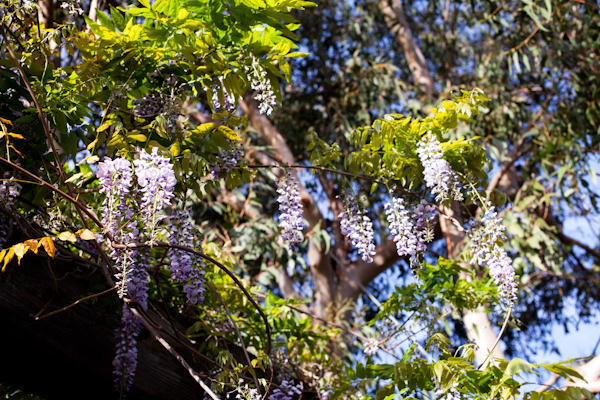 When Let was little – I think it was probably her 4th birthday – she had a Peter Rabbit themed party- and Peter Rabbit showed up. I made her birthday cake – a 3D Peter Rabbit that stood upright off the plate. I was barely a teenage and yet set about the task – it didn’t help that my left arm was broken in a cast from a riding accident – this was a long time before any Food Network Cake Challenge. Perhaps I’ll try to get a photo of the original Peter Rabbit cake and then recreate it?

Minty is jumping for joy in honor of your birthday Let – or maybe it’s just all that sugar post Lamingtons?! 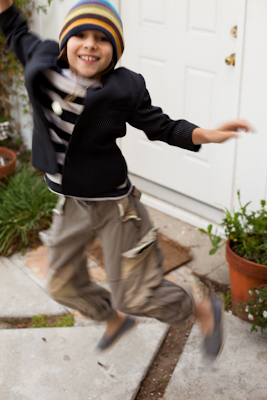 So happy birthday to you Letty A from all of us over here in Sunny California – gather large bunches of daffs and if you can’t find a lamington eat a hot cross bun or two for us! 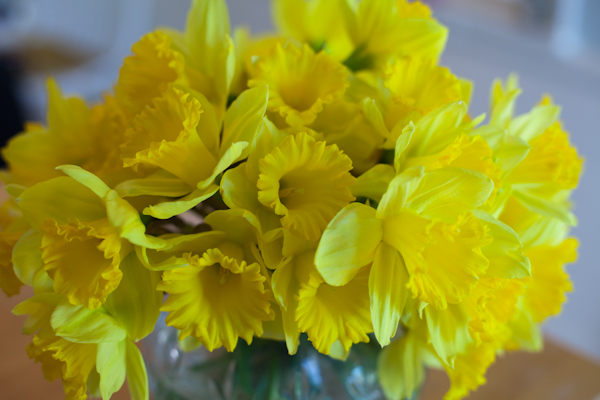