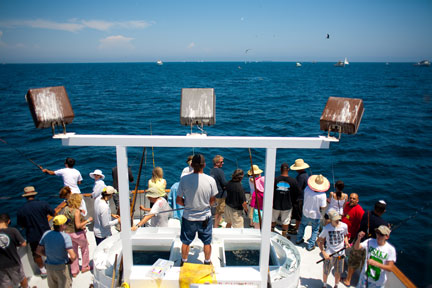 Fishing on the Monte Carlo

A couple of new names have been added to the Memorial Day Chefs’ fishing trip since we announced it so I thought I’d post a new revised list and some photographs to give you a better idea about what to expect. 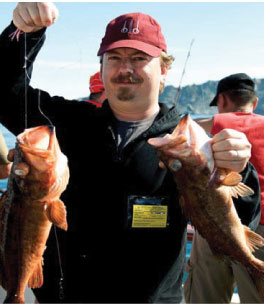 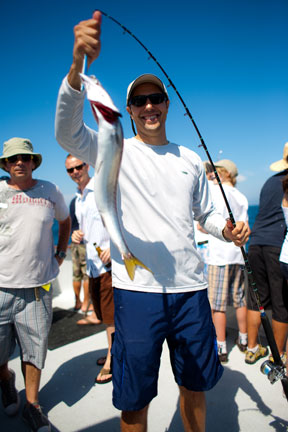 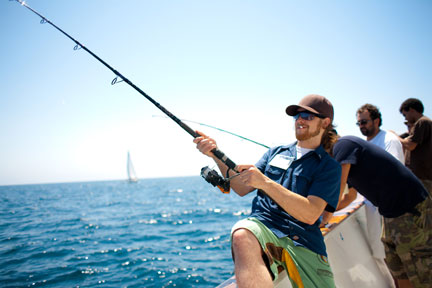 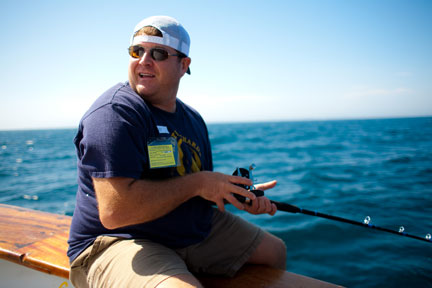 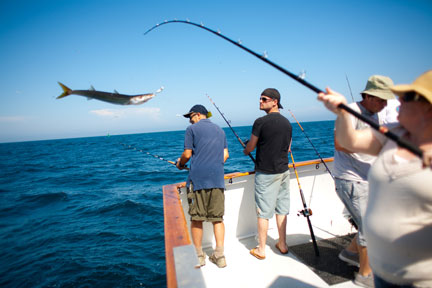 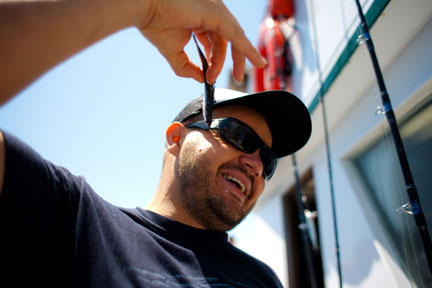 Chef Andrea Cavaliere from Cecconi’s and his BIG fish 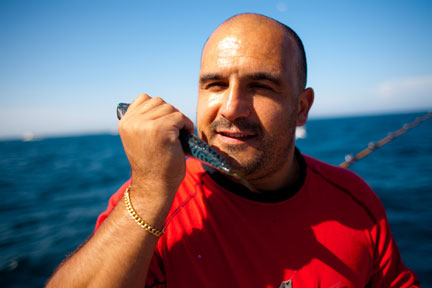 One of the Truffle Brothers with the tiddler he caught 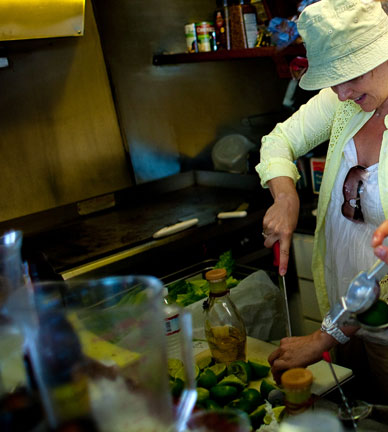 Lucy Lean lends a hand making cocktails in the galley

Truffle sliders, gourmet grilled mac n cheese sandwiches, the best chocolate chip cookies from Providence, LA Mill iced coffee and Dark and Stormy cocktails were highlights of last year’s trips… this year I’ve heard talk of some great breakfast favorites, truffle eggs over easy on the griddle anyone? Or perhaps you’re more into the famous Cheesy Mac and Rib and some strong LA Mill coffee to wake us. And finally I come to the fresh farmers’ market cocktails – including an Italian Waltz with blood orange, a Roquette and Arugula Gimlet, Mother Mary – a 17 step Bloody Mary  or even Nitro Harry’s Berries Mimosas from Chef Voltaggio… it’s cocktail time somewhere in the world right? 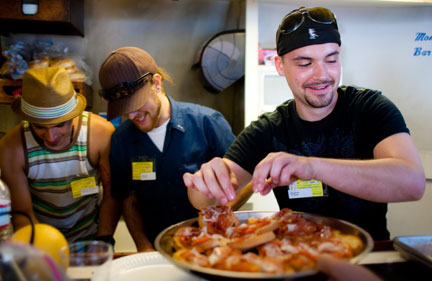 The boys from The Bazaar make Iberico Ham on Tomato Toast

If you would like to fish, eat and drink with this esteemed bunch you may still be able to hook a VIP ticket ($99) at Brown Paper Tickets but you better be quick for tight lines.

You bring: A rod and a fishing license (both available to hire/buy at the dock), sunscreen, and a smile!

No bananas allowed on board!

According to Chef Cimarusti it’s unlucky.

As well as the treats the Chefs are bringing aboard there are drinks (including beer) and food sold on the boat.

All ticket sales are non-refundable. 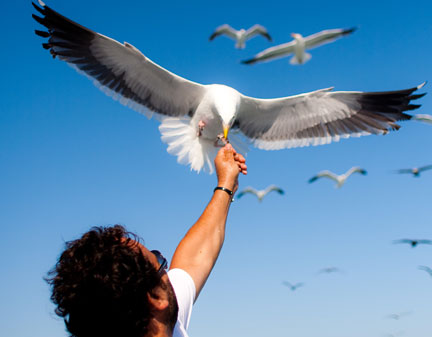 Edible LA Sea to Plate from Todd & Diane on Vimeo.