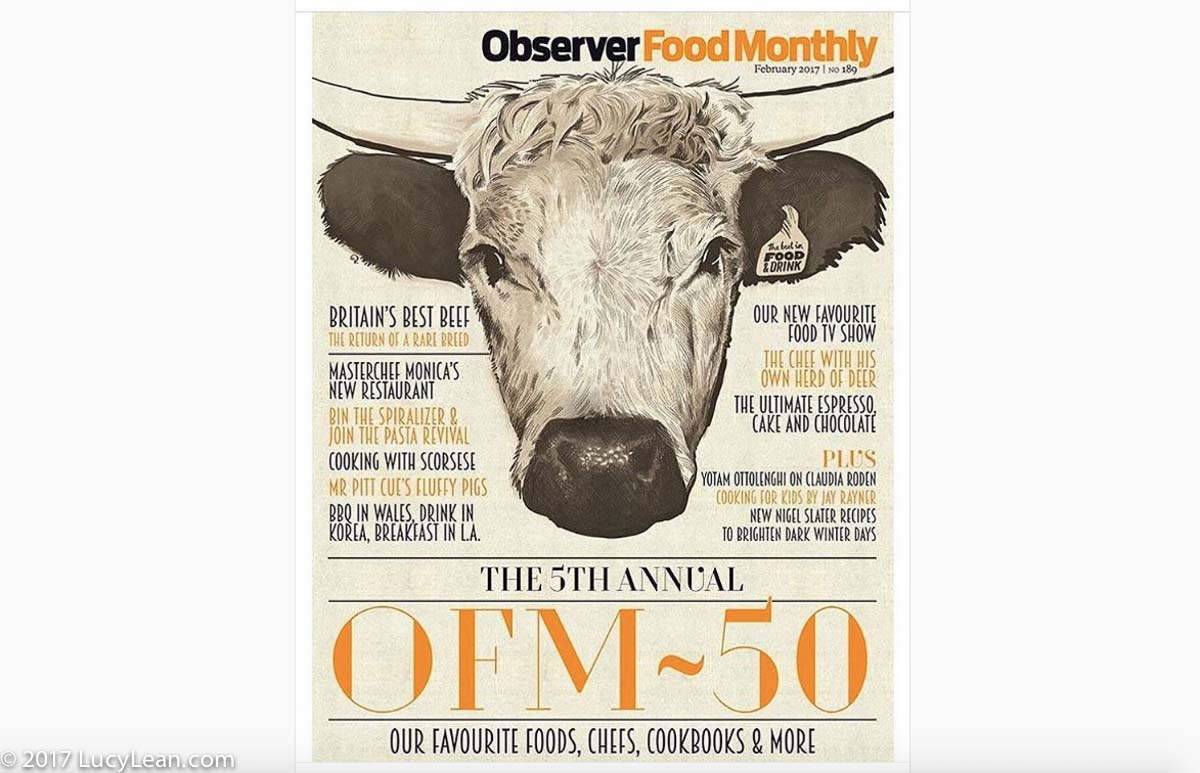 The White Parks are in the Sunday paper today  – The Observer – Rashleighayes Farm’s Bickleigh White Park Beef.  Britain’s Best Beef – The Return of a Rare Breed. 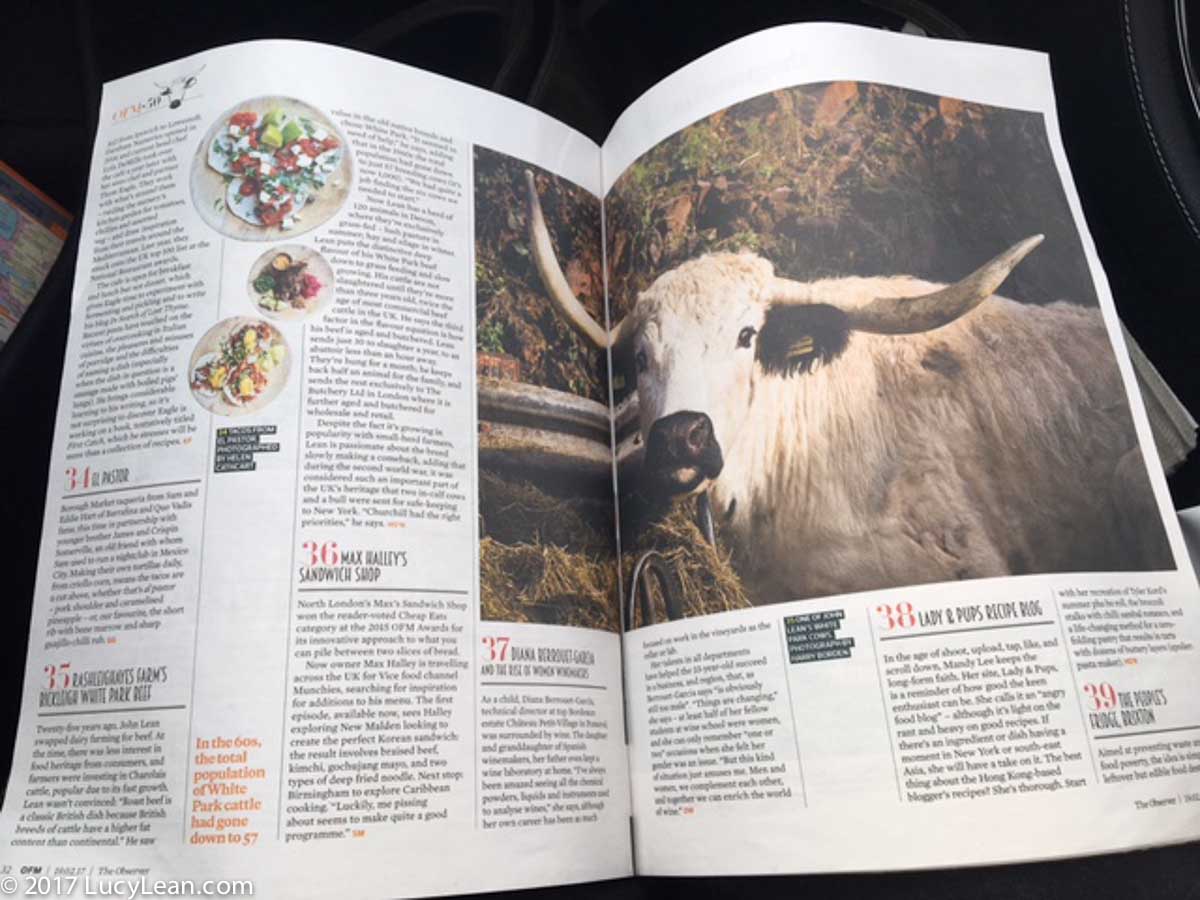 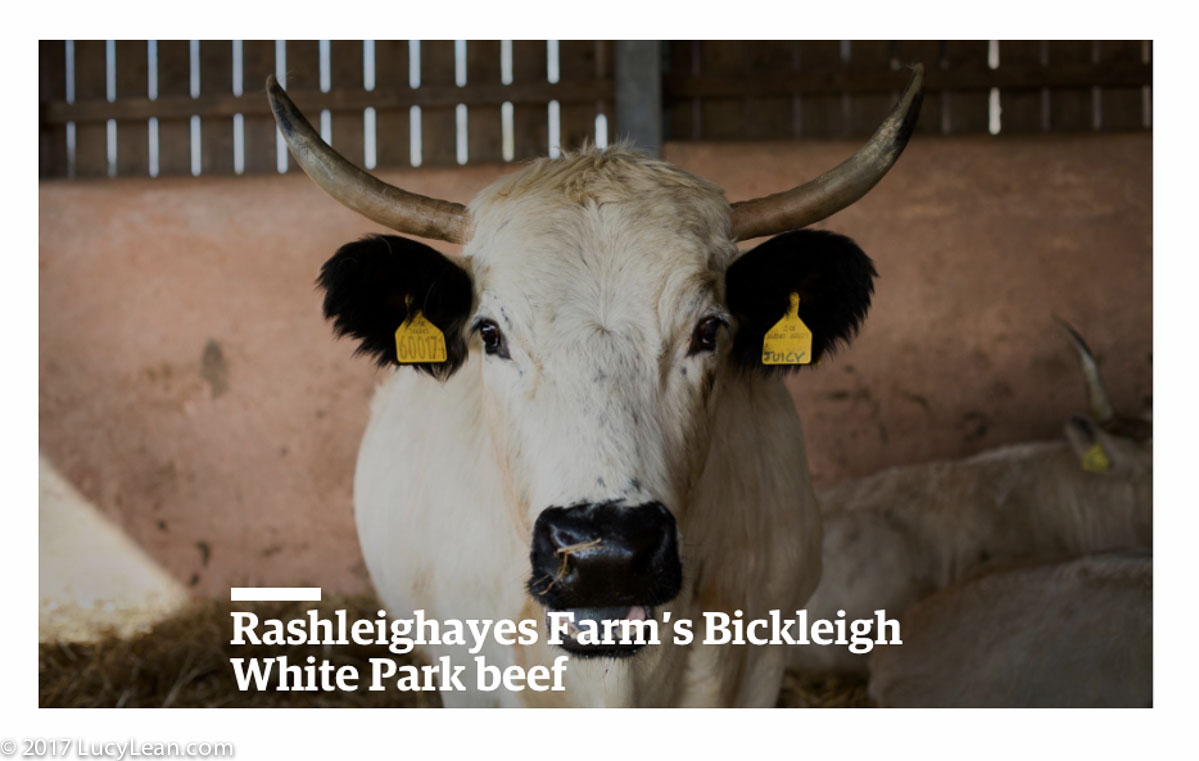 Excerpt from the Observer Food Monthly:

Twenty-five years ago, John Lean swapped dairy farming for beef. At the time, there was less interest in food heritage from consumers, and farmers were investing in Charolais cattle, popular due to its fast growth. Lean wasn’t convinced: “Roast beef is a classic British dish because British breeds of cattle have a higher fat content than continental.” He saw value in the old native breeds and chose White Park. “It seemed in need of help,” he says, adding that in the 1960s the total population had gone down to just 57 breeding cows (it’s now 1,000). “We had quite a job finding the six cows we needed to start.”

Now Lean has a herd of 120 animals in Devon, where they’re exclusively grass-fed – lush pasture in summer; hay and silage in winter. Lean puts the distinctive deep flavour of his White Park beef down to grass feeding and slow growing. His cattle are not slaughtered until they’re more than three years old, twice the age of most commercial beef cattle in the UK. He says the third factor in the flavour equation is how his beef is aged and butchered. Lean sends just 30 to slaughter a year, to an abattoir less than an hour away. They’re hung for a month; he keeps back half an animal for the family, and sends the rest exclusively to The Butchery Ltd in London where it is further aged and butchered for wholesale and retail.

Despite the fact it’s growing in popularity with small-herd farmers, Lean is passionate about the breed slowly making a comeback, adding that during the second world war, it was considered such an important part of the UK’s heritage that two in-calf cows and a bull were sent for safe-keeping to New York. “Churchill had the right priorities,” he says.HO’N

Check back as I will be posting updates about what is going on down on The Farm – trying to figure out how to set up a live feed – and how about a Go Pro attached to one of the White Parks – a day in the life of Audrey? 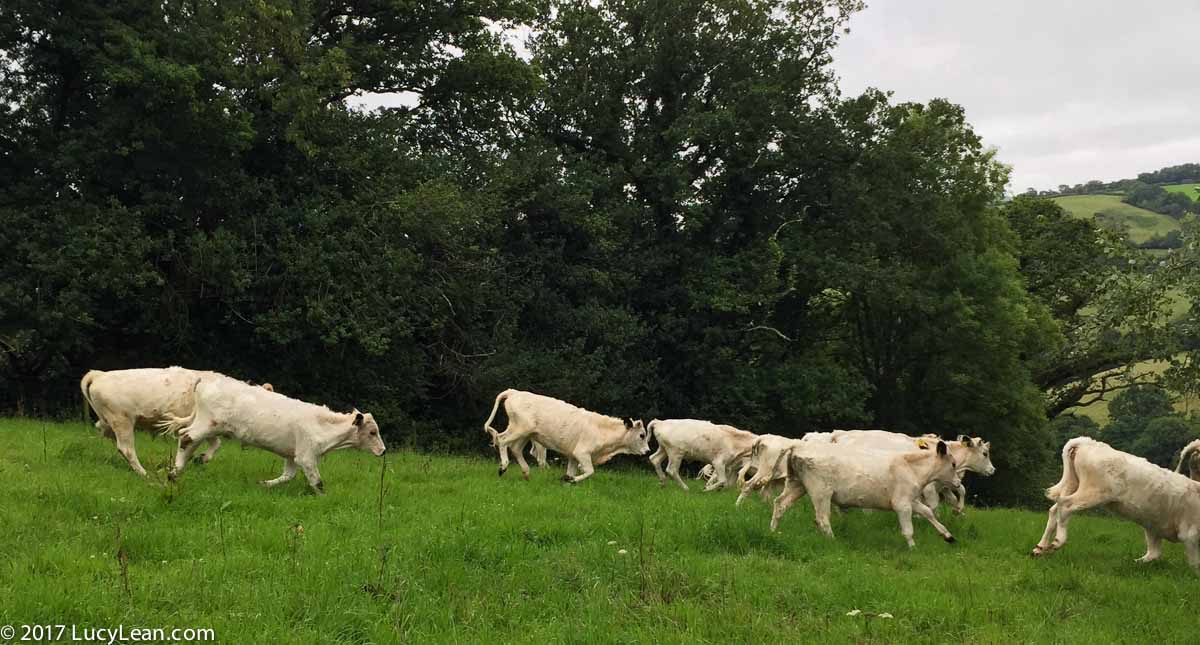 A few photos from The Farm: 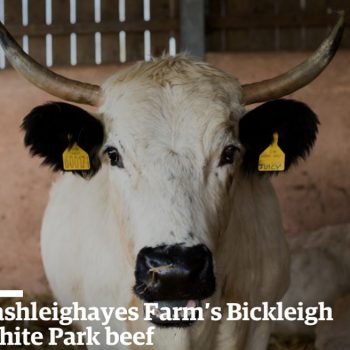 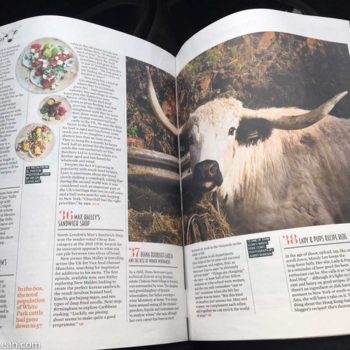 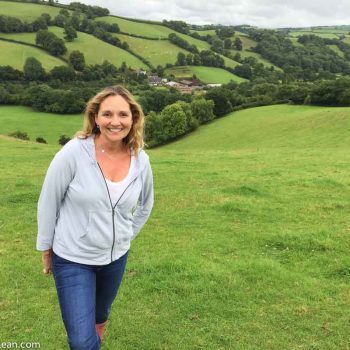 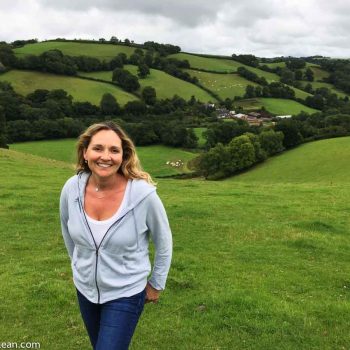 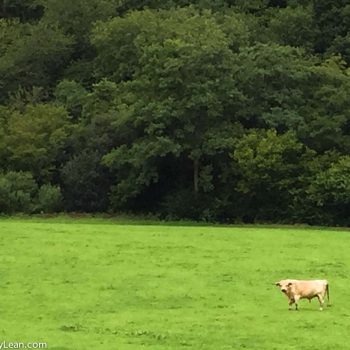 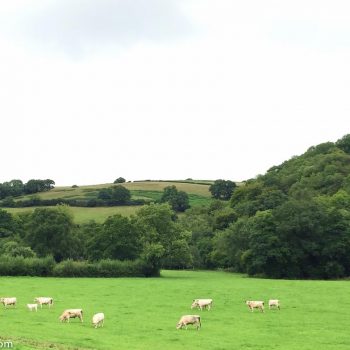 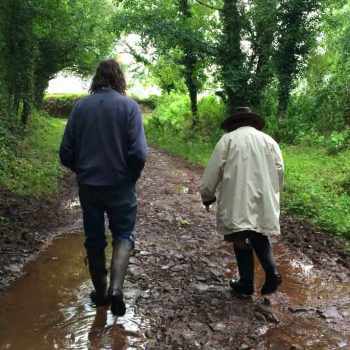 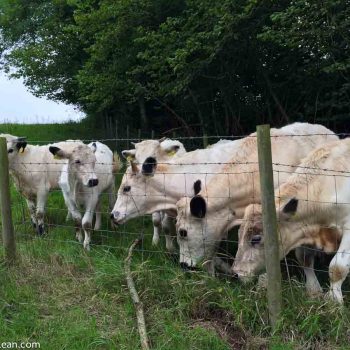 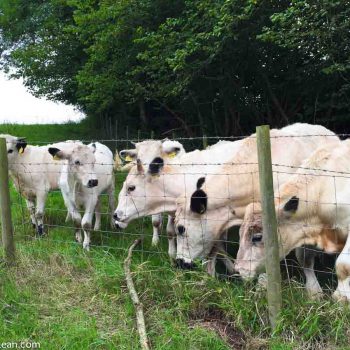 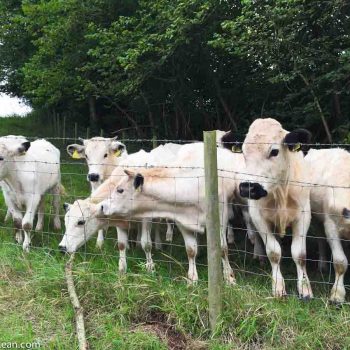 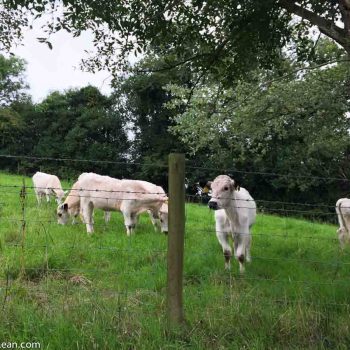 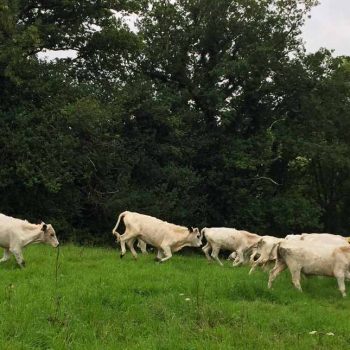 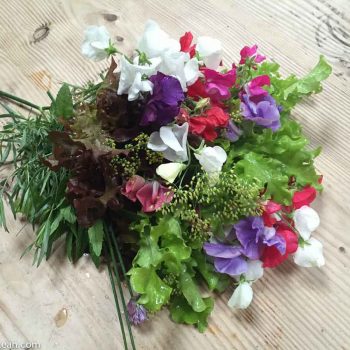 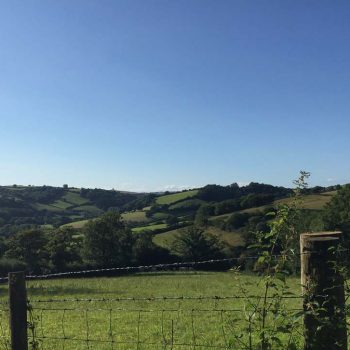 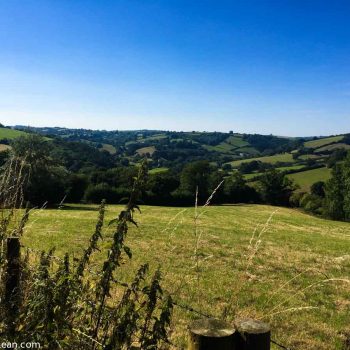 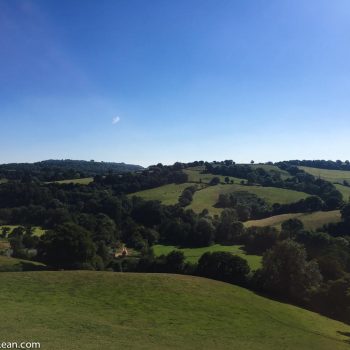 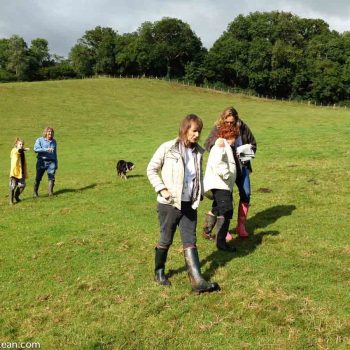 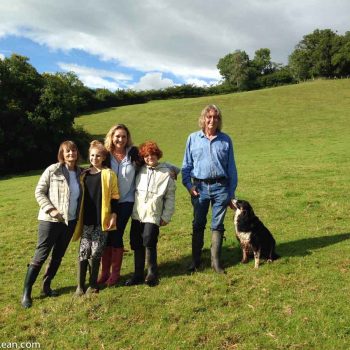