Today marks 200 years since the Battle of Waterloo when the 1st Duke of Wellington put a stop to Napoleon Bonaparte once and for all, resulting in 100 years of peace in Europe. You might imagine we are a house divided, French versus English, but as always, this isn’t that clear-cut. My Grandfather E. Tangye Lean, brother of the more famous David Lean, wrote a book The Napoleonists; A study in Political Dissaffection 1760/1960 in which he traces the career and opinions of Napoleon’s leading English admirers and draws from the histories of these individuals, a composite portrait of the Napoleonist.

I wanted to celebrate with food that represented this famous moment in world history – how about the two items that share the name of the two leaders: Beef Wellington and Napoleon?

It doesn’t take much digging to reveal that both items have nothing to do with the great men whose names they share.  Apparently the Duke’s favorite supper wasn’t this succulent pink meat encased in foie gras, mushrooms and a buttery flaky pastry and the dish more than likely got its name from the New Zealand city of Wellington. 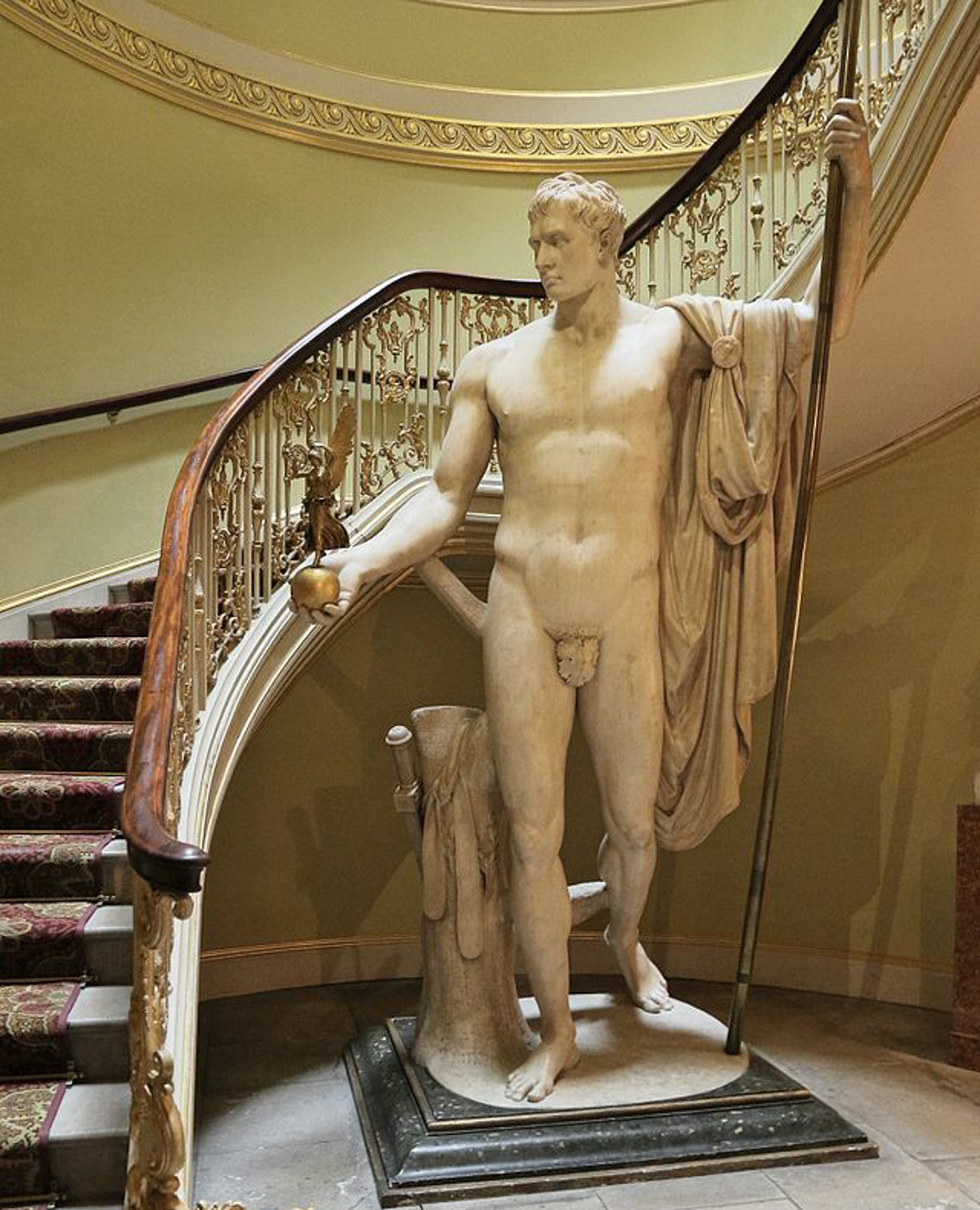 I recently visited Wellington’s home, Apsley House, in London and was surprised to find it filled with giant statues, busts and portraits of Napoleon, as well as French furniture and china he acquired in Paris after the Battle of Waterloo. Wellington surrounded himself with all things French. The marble Canova statue of Napoleon depicted like a Roman emperor as the peacekeeper Mars was commissioned by Napoleon and then he had second thoughts when it arrived in Paris and asked that it remained covered up. Wellington was given it by the Prince Regent, after the English purchased it from the French post Waterloo, and displayed it in the stairwell of his home. It’s nice to think of Wellington acquiring a taste for the French classic Boeuf en Croute and making it his own by giving it his name. He showed little interest in fine dining and wine, his favorite foods being mincemeat, rice or roast saddle of mutton with salad. He did however have a sweet tooth and would add to the bottom of the proposed menu given to him by his French chef ‘pudding and tart’. 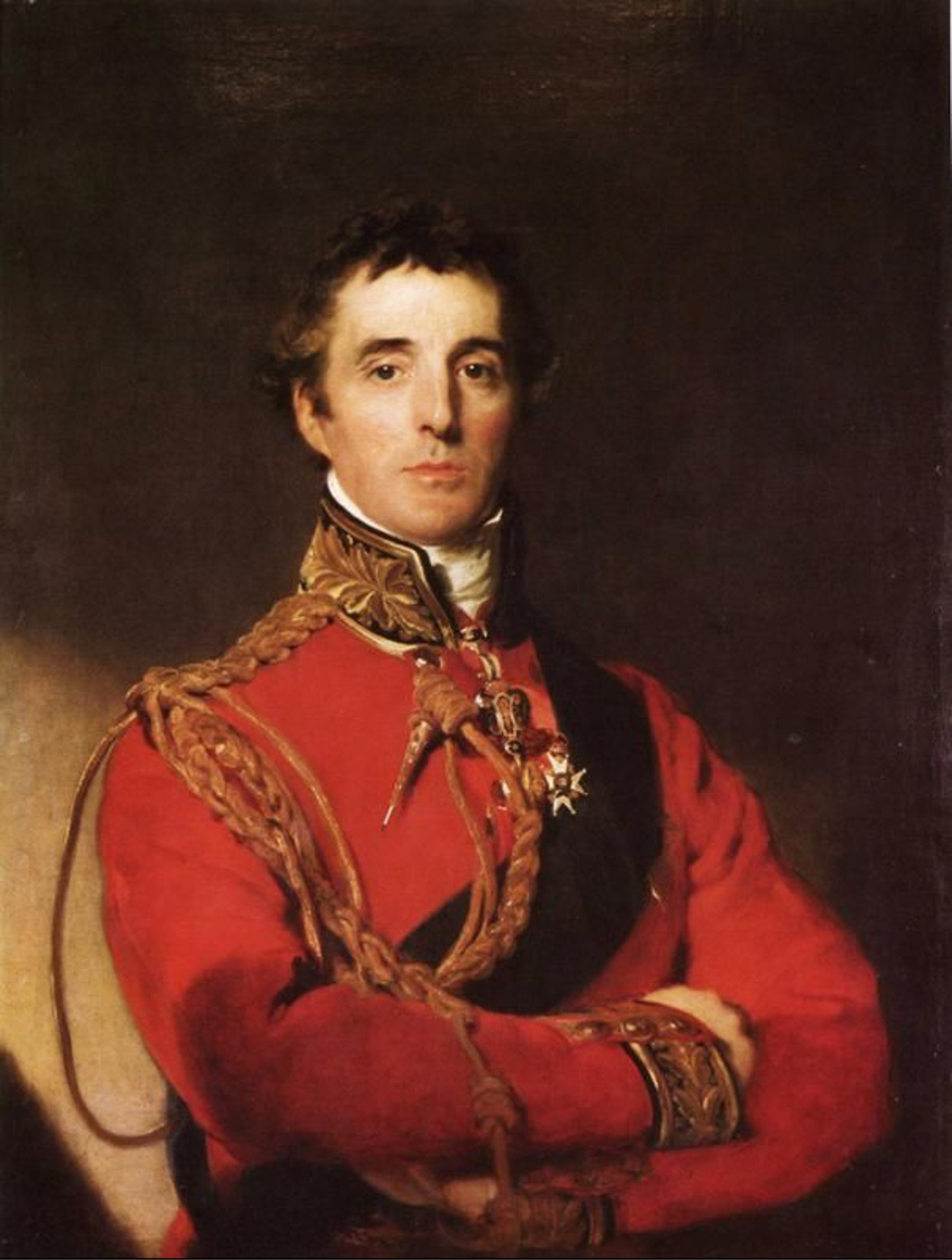 As a Francophil Wellington would have been familiar with grand banquets like those created by the first celebrity chef Marie Antonin Carême (chef to Tallyrand and Napoleon) who after the Battle of Waterloo came to London and Brighton as the cook to the Prince Regent, it’s not too far-fetched to think the conquering hero might have eaten the food of Carême. Wellington celebrated his victory at Waterloo with the Waterloo Banquet every year and the food, although not prepared by Carême himself was cooked by the many chefs of the time who learned from the great French chef. He remodelled Apsley House and added the Waterloo Gallery – two stories high and 90 feet long, to accommodate the Waterloo Banquet and impress his royal guests from near and far. He may well have eaten beef wrapped in pastry and a dessert similar to a Napoleon in cake form although it wouldn’t have born his or his rival’s name.

The delicious crème pâtissière filled dessert mille-feuille that Americans call Napoleon is more likely named after the Italian city of Naples rather than the diminutive French Emperor.  [And whilst we are on the subject of Napoleon’s height, he was 1.68 meters, 5 feet 7 inches – this wasn’t particularly short although he appeared shorter because he surrounded himself with tall bodyguards and the old French feet and inches measurements of 5 foot 2 inches turns out to be bigger than imperial feet and inches.] Carême is credited with baking Napoleon’s wedding cake and definitely developed the art of pâtisserie that we now know and love as Napoleon, but even Carême considered it ‘of ancient origin’ and would not have referred to it as a Napoleon but a mille-feuille, Wellington, as a Brit, would be more than familiar with a custard slice.

Napoleon allegedly coined the phrase “An Army marches on its stomach” – (although this is also attributed to Frederick the Great – perhaps great minds of generals think alike?) And apart from the invention of canning/bottling food to take into battle on his watch, history doesn’t really bear witness since Napoleon’s campaigns were mostly marked by huge loss of life and suffering from scurvy, starvation and malnutrition. Napoleon himself was said to go into battle on an empty stomach and eat afterwards, victorious. He is said to have liked simple food, especially roast chicken, and eaten very fast with his fingers and often alone. On the morning of the 18th June, 1815 he called a Breakfast Conference in pouring rain where he told his officers that Wellington was “a poor general” and the British were “poor troops” and it would all be over in time for lunch. Sadly for Napoleon he under estimated his opponent. His sword from the battle was presented to the victorious Wellington and displayed at Apsley House, along with many luxurious thank you gifts of china, batons, and plate. King Louis the XVIII gifted Wellington the Eygyptian Sèvres porcelain service that was originally  commissioned for Josephine Bonaparte to mark her divorce from Napoleon in 1809. I imagine Wellington using Napoleon’s sword to saber a bottle of champagne on the anniversary at the Waterloo Banquet but there’s no record of such shenanigans, nothing but a deep respect and lifetime obsession for his nemesis and the battle 200 years ago.

So what’s in a name? In terms of food – not that much it seems but just like Juliette’s rose smelling as sweet the food will taste good nonetheless and today we will celebrate the Battle of Waterloo with a very British cream tea with tarts, eclairs and mille feuille, (Napoleons). I believe Wellington’s sweet tooth would have approved. 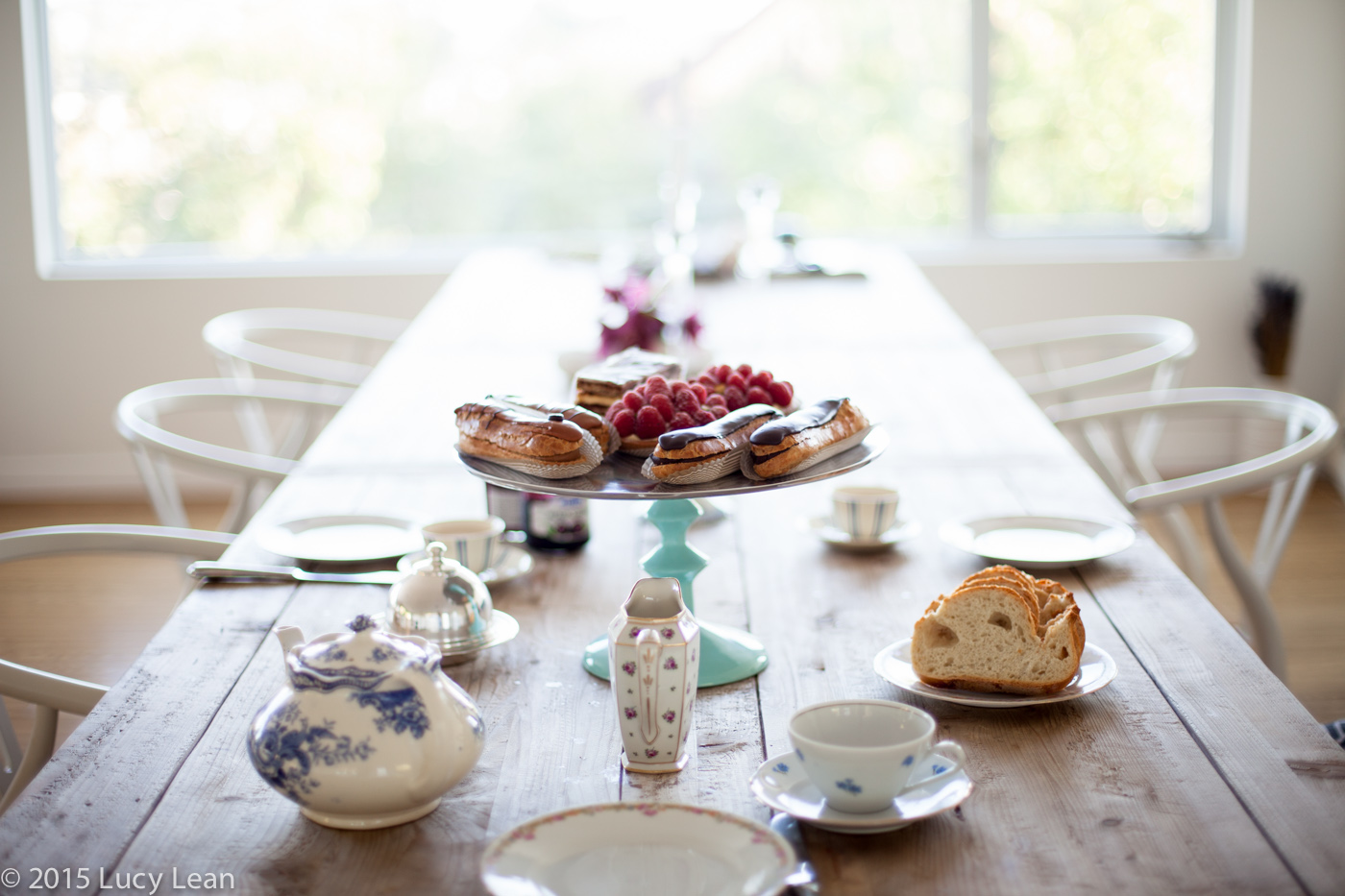