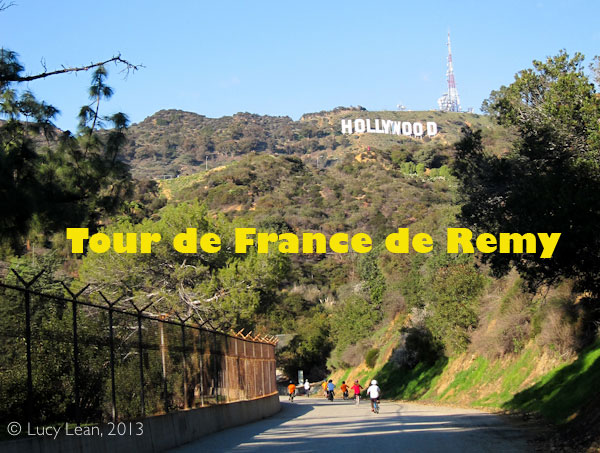 Rémy decided he wanted to have a Tour de France party for his birthday this year – he was very particular about which friends he wanted to invite – all boys and only 10!

Here is the invitation: 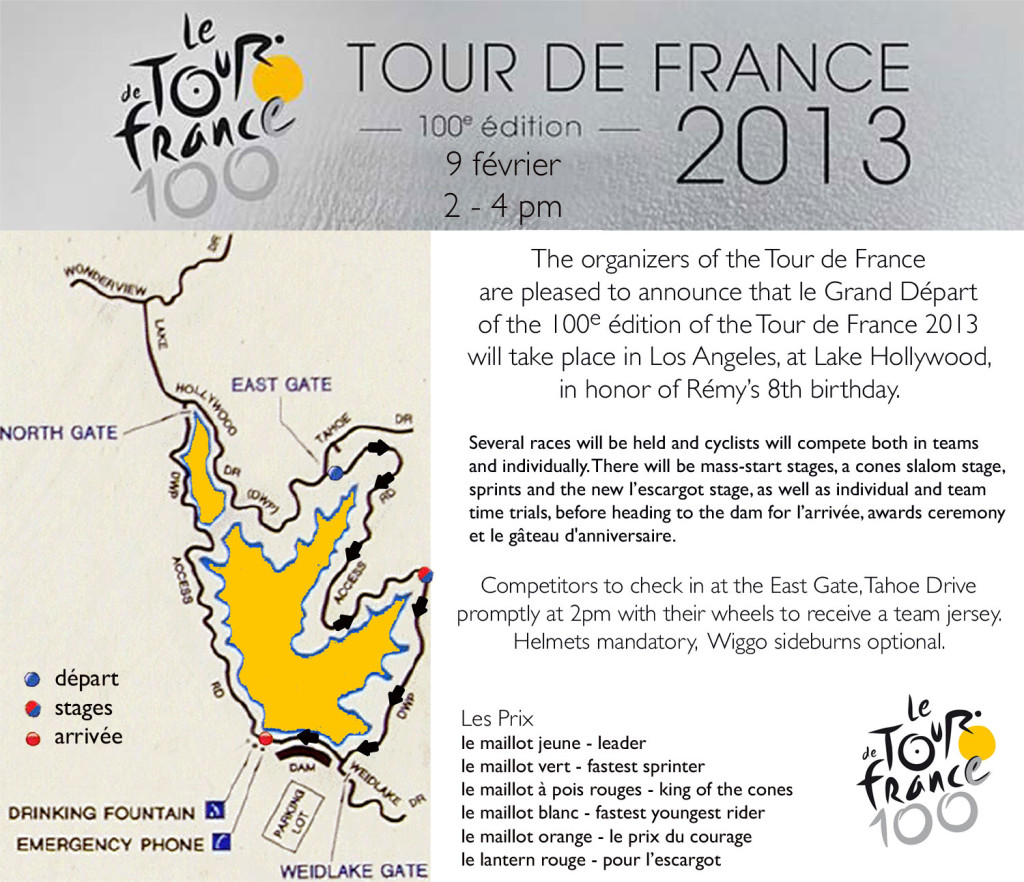 Lake Hollywood offers the perfect location for bike riding – it’s flat, it’s a paved road, there are no cars and very few people. It was nice to show some of the other boys and their parents this place to come and ride – even some of those who have lived in Los Angeles a long time had never been here. The boys all gathered at the gate and Rémy gave out the team shirts I had made. I used plain T-shirts in white and orange and ironed on the logos and each boy’s name on the sleeves. 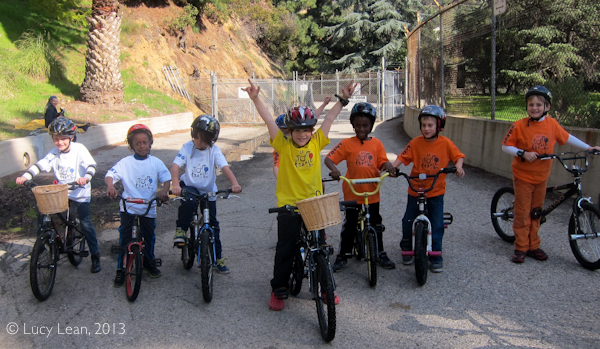 Since it was Rémy’s birthday he got to wear the maillot jeune. 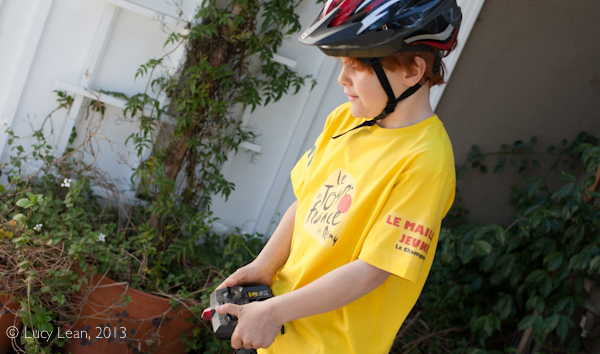 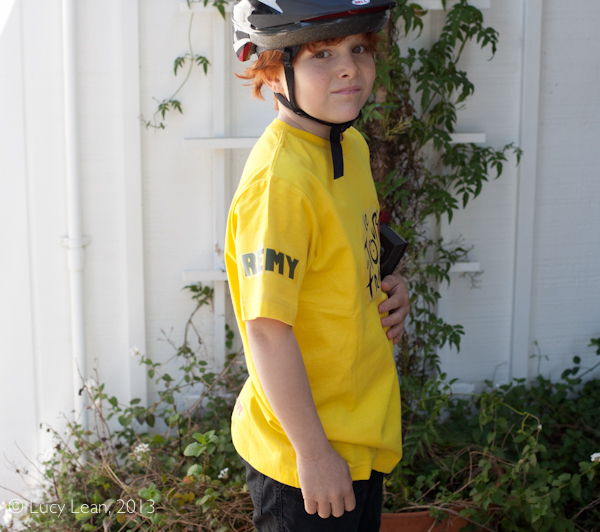 For his birthday cake this year Rémy begged to have an ice cream cake – I purchased a cookies and cream one from Coldstone Creamery and asked them to leave the top plain – no extra Oreos and no written message – it provided the perfect blank canvas for the fondant decorations I made. 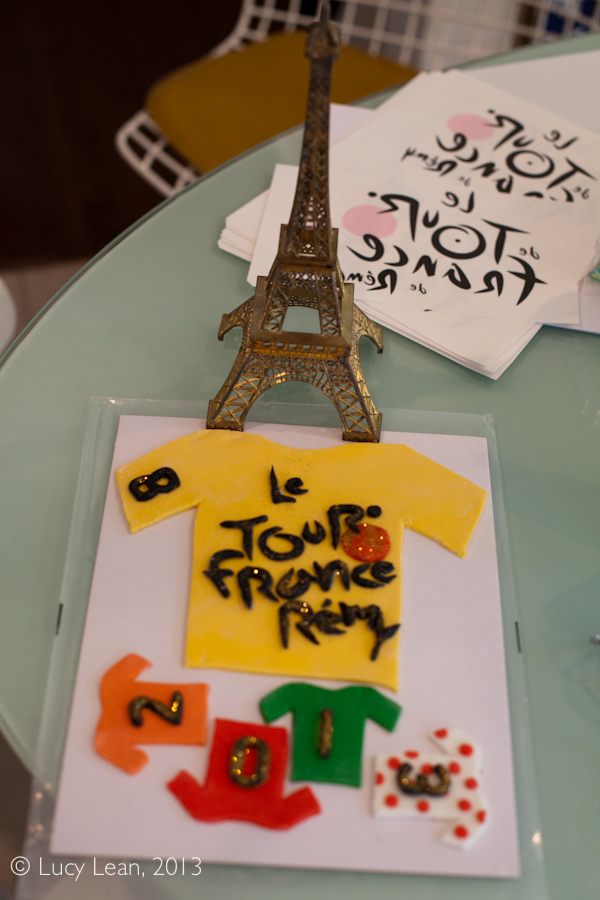 I added a Union flag to the Eiffel Tower in honor of Sir Bradley Wiggins’ win last year. 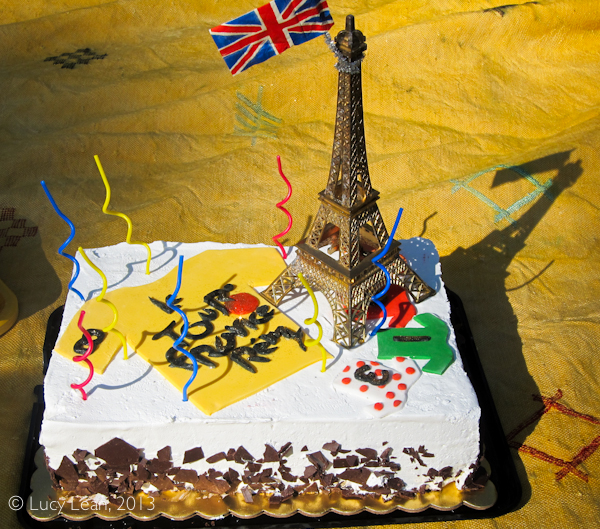 We were lucky to get a warm sunny day for the race but this meant that the cake would start melting soon after the party began. So I served the cake first and loaded the boys up with lots of sugar to make them go faster. 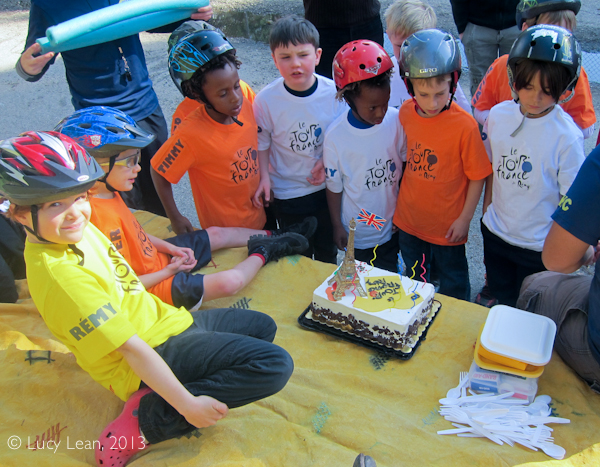 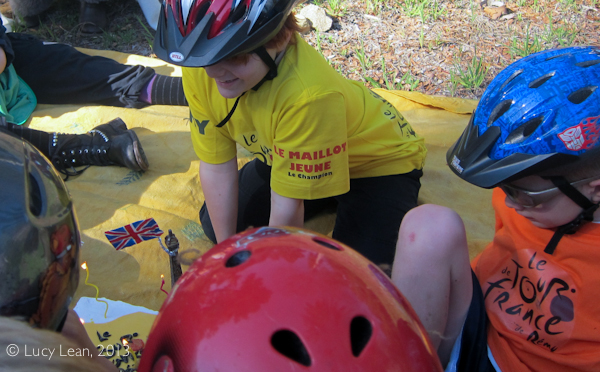 It was time for the two coaches, Billy and Max from The Amazing Kid Company, to take the kids off around the lake. They set up a cones slalom to find the King of the Cones. I made a special t-shirt that mimicked the King of the Mountains shirt with red dots. 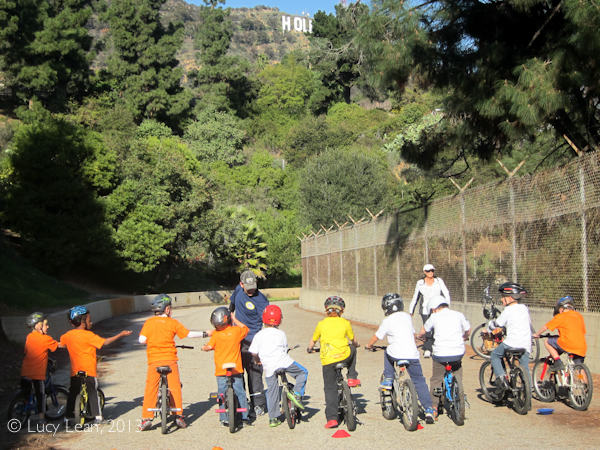 Then Billy and Max organized an escargot race – for the slowest rider between two markers, if you put your feet down twice you had to stop. 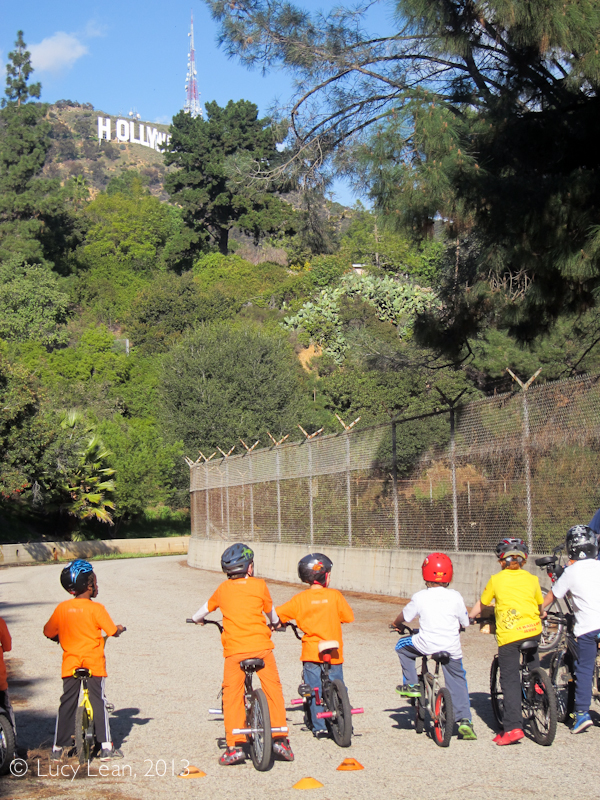 After a brief pit stop where the kids were given their performance enhancers by Billy, chocolate Smarties from the UK, everyone set off around the lake. 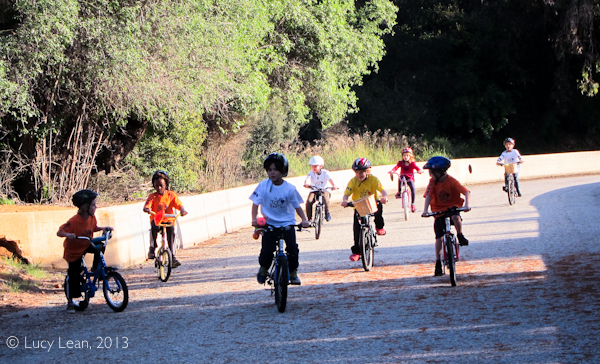 At the end of the racing the t-shirts for the winners of the Lantern Rouge (L’escargot race), King of the Cones, Fastest Sprinter and Prix du Courage were presented by Billy and Max and each boy was given a cycling medal. 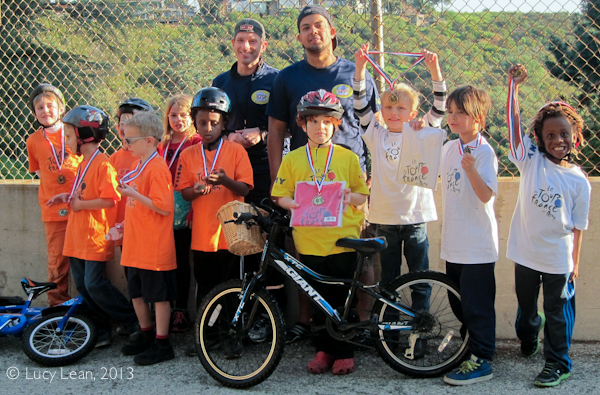