This short film is a must watch for all chefs, aspiring chefs and all those, like me, who so admire what chefs do. Being a chef is not an easy career path – as documented here in the brief biography of Thomas Keller – or TK as he’s referred to by his friends. The video was shown at Pebble Beach Food and Wine last weekend as part of the dinner honoring Keller. He has had highs and lows along the road to greatness and bi-coastal 3 Michelin stars with The French Laundry and Per Se. It makes me want to jump in the car and head north to Napa.

In our house Rémy likes to make TK Brownies – I think Keller’s recipe from Ad Hoc was the first time I let Rémy loose in the kitchen and realized he has French chef genes coming through.  Jean-Jacques Rachou’s grandson making TK brownies with lots of butter – who knows in a few years time he may head up to Napa to stage for Chef Keller at The French Laundry? Although since Chef Keller dreamed of becoming a marine biologist, which is what Minty talks about doing when she grows up, perhaps she’s the one who will choose the kitchen as a career and earn a blue apron one day? I somehow don’t see that happening right now. I can but dream! 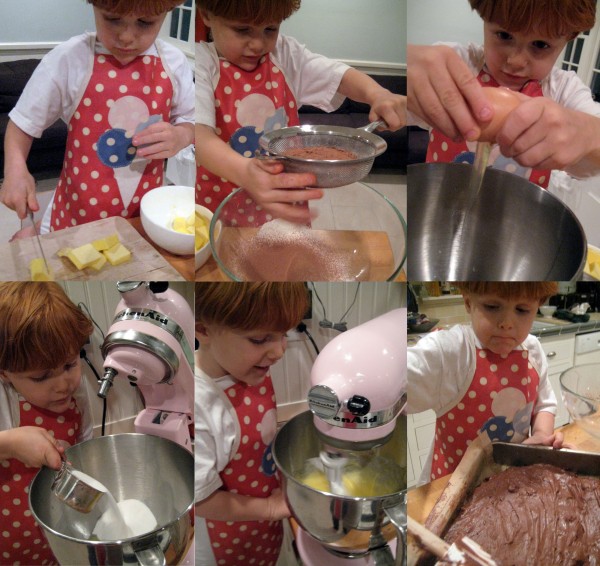 My favorite bit is when Daniel Boulud goes off on a rant about how TK is the most French chef in America (apart from Boulud) and how TK has stolen the name Bouchon from Lyon and how it’s rightfully his. I think he’ll be forgiven if an American chef ever wins the Bocuse D’Or.

[On a side note, not sure why they had to flip the video of Eric Ripert horizontally – he looks odd!]