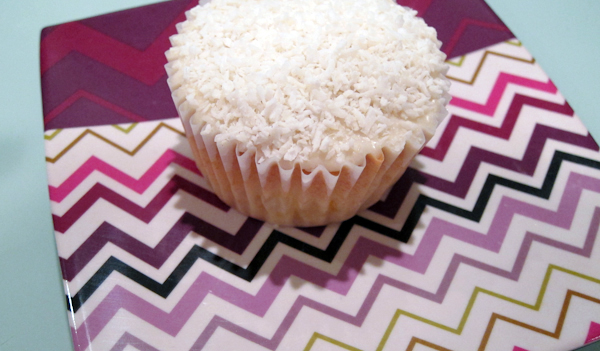 For all you fashionistas out there – yesterday was indeed Missoni Day – the day the need for stripes and zig-zags crashed the Target website, the day people went crazy for the new line and queued around the block in the wee hours for a chance at grabbing a sweater or two – or as it turned out the day people stormed the stores and piled their carts high so that they could then re-sell on eBay. In honor of this very American phenomenon that I witnessed first hand yesterday I present to you my little cupcake on my newly acquired Missoni plate (let me tell you it was slim pickings when I showed up at Target at 9am). I rather thought the zig-zag was like the frill of the cupcake case and so was inspired to make Missoni cupcakes. It was that or layers of chocolate inspired by the sleeveless wool dress and suede shoes I scored – more on that front soon I promise… back to the Missoni inspired cupcakes… 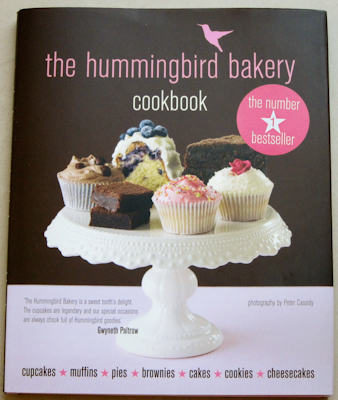 My new favorite baking book has to be The Hummingbird Bakery Cookbook. My sister was given this book as a wedding present and a quick flick through it and I knew it was going to become a firm favorite in my kitchen.

When I was in London I was inspired to buy a bunch of cookbooks and waiting for me when I returned from my travels was a large box of books that I ordered via amazon.co.uk. I often find the English Amazon carries books that are harder to find in the United States. The recipes are all in metric measurements, which might be challenging for American home cooks but I actually prefer this – especially for baking. Professional pastry chefs all weigh their ingredients and it is what I grew up with in England. It makes for more accurate measurements than cups and fluid ounces, plus a small electric scale isn’t expensive and so so worth the investment. 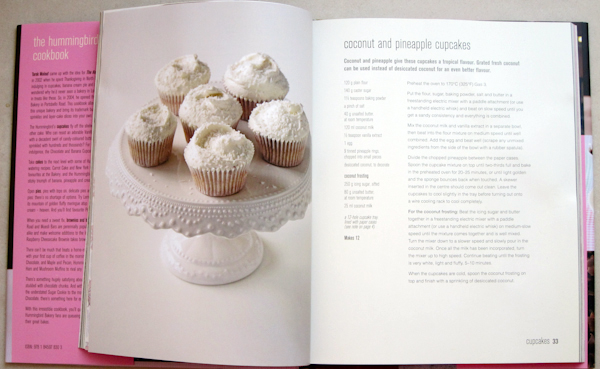 The Hummingbird Bakery on the Portobello Road is very English and yet the food it sells is quintissentially American – the chef, Tarek Malouf created his bakery after visiting America and being inspired by all the classic American treats.  Here you will find pastel cupcakes covered in fun sprinkles, bright red velvet cupcakes topped with cream cheese frosting, traditional New York cheesecake,  banana cream pie and pumpkin pie, brownies and blondies, carrot cake and their signature Hummingbird cake, savory and sweet muffins and a range of delicious cookies. But it’s essentially all about the cupcakes and so what better place to start cooking from this mouthwateringly good book? 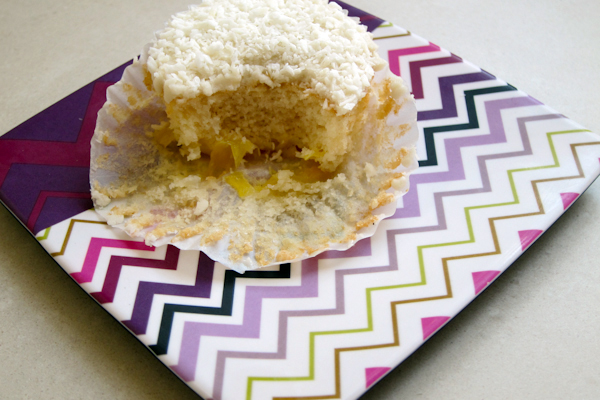 I was recently sent a sample of Kelapo virgin coconut oil and although I was tempted to smother my body in the delicious sweet smelling oil I decided to be good and cook with it. I was curious to see what would happen if I substituted this for the butter in the recipe for Coconut and Pineapple Cupcakes. Using the coconut oil in the recipe was a great way of infusing more coconut flavor into the cupcakes and the frosting. I was concerned the batter was very runny – but after about 20 minutes in the oven they puffed up into golden brown cakes. And let’s not forget to mention the heavenly fragrance these babies gave off as they cooked and then cooled on the rack. 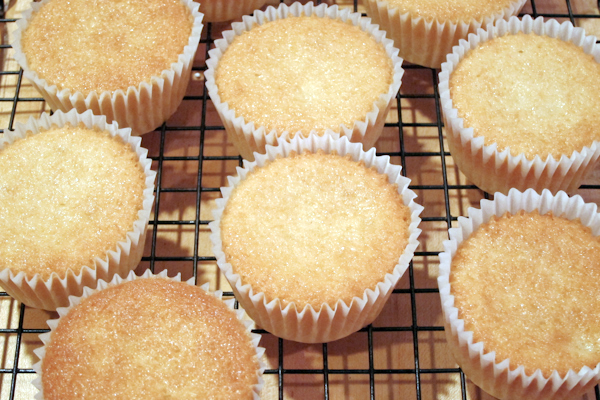 The resulting cakes were light and moist with the pineapple forming a layer of tropical sweetness on the bottom – a little like a mini Pineapple Upside Down Cake [I used fresh pineapple instead of the suggested tinned pineapple rings]. 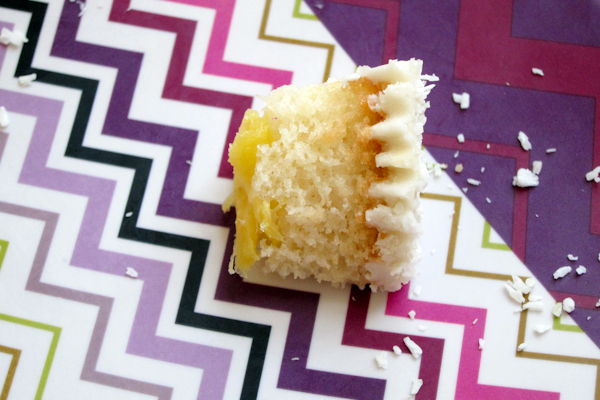 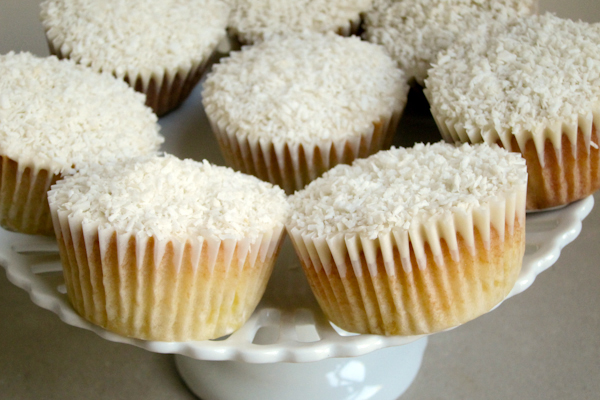 1. Preheat the oven to 325 F. Line a cupcake tray with paper cases.
2. Combine the flour, sugar, baking powder, salt and coconut oil in an electric mixer with the paddle attachment until the mixture reaches a sandy consistency.
3. Add the vanilla extract to the coconut milk and then beat into the sandy mixture on medium speed until everything is combined.
4. Add the egg and beat well.
5. Divide the chopped pineapple between the paper cases and add the batter each case until two thirds full. [Don’t be put off if the batter is very runny –  it cooks up perfectly.]
6. Bake in the oven for 20-25 minutes until light golden and the sponge cake bounces back when touched. A skewer inserted into the cake should come out clean.  Cool cakes completely on a wire rack.
7. To make the frosting beat together the confectioner’s sugar, the coconut oil and the butter on medium speed. Slowly add the coconut milk and then turn up the speed to high and mix until white, light and fluffy, about 10 minutes.
8. When the cupcakes are cold frost each one and then finish with a sprinkling of shredded coconut.

Kelapo can be found in stores or online – and there’s a sale going on through Sunday at Open Sky for Kelapo Coconut Oil – love a bargain!

« How to Make a Lavender Wand
MADE IN AMERICA – Fishing with Chefs Launch Party October 23rd, 2011 »