There are a lot of recipes that claim to be genius that fall short – all hype and no pay-off. However, this might just be that one – it’s delicious, health-ish, gluten-free, dairy free and vegan – and yet it’s the creamiest, richest, tastiest ice cream.  Yes ice cream, no dairy – and made with just one ingredient – bananas. 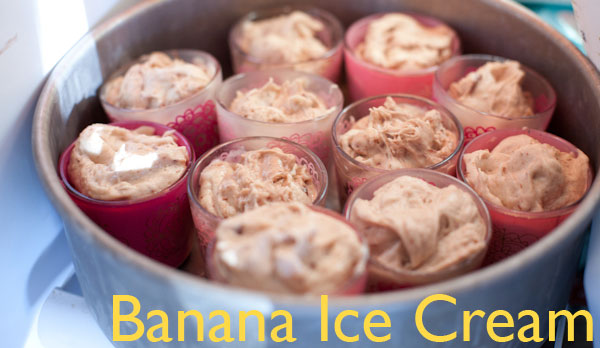 This was the first recipe I chose to make with the Kitchenaid Food Processor I won at Techmunch.

One ingredient banana ice cream. I’d read about this amazing creamy ice cream made solely from bananas and I was curious to see what all the excitement was about. Plus it seemed like a healthy alternative to the usual dairy version. I know it seems like an oxymoron but Vegan Ice Cream it is (oh and it’s gluten free too!) 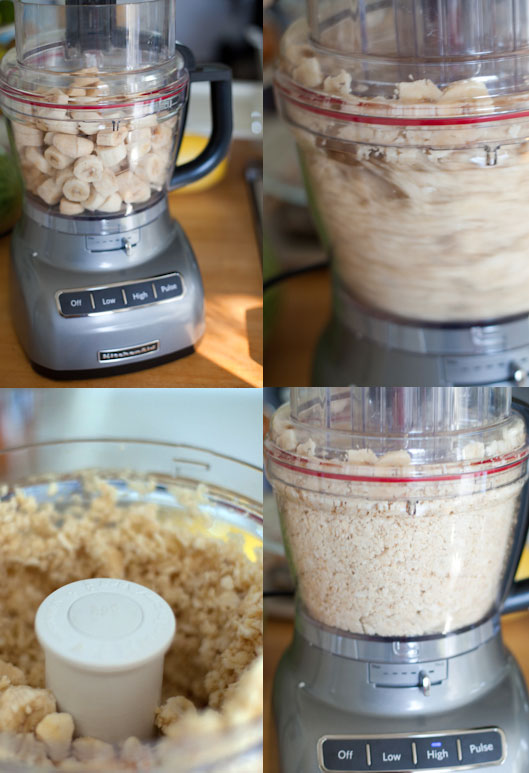 First you take a bunch of ripe bananas and peel and slice them up. Place the banana slices in the freezer for 2 hours. Transfer the frozen banana slices to the bowl of the food processor and process. I had to stop and scrape down the sides several times. The frozen banana took on the look of crumble and then almost like magic these little pieces then transformed into a smooth creamy thick ice cream. It really does have the consistency of a French based custard ice cream with no dairy just fruit. 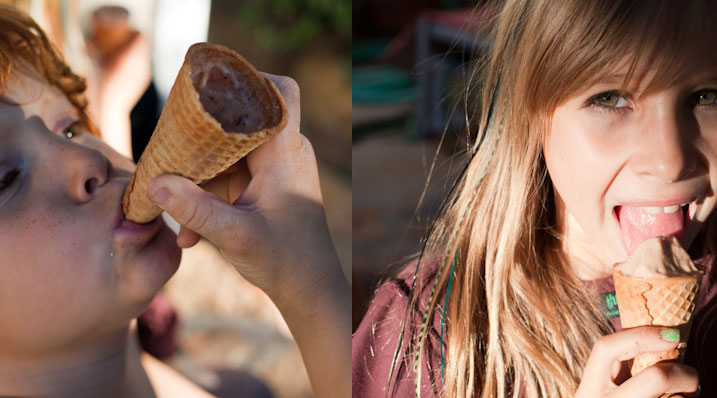 I transferred the ice cream into individual pots (glass votives from Ikea) kept them in the freezer and took them as dessert to a dinner party that night. And with what was left over I added a tablespoon of Nutella and made not so chunky monkey ice cream cones. Now here’s the thing – Minty and Rémy don’t like bananas and yet they both gobbled this up. They had watched me make it and so knew exactly what had gone into the ice cream – one thing – bananas (with the added Nutella bonus). As well as adding Nutella you might want to consider chocolate chips, peanut butter, vanilla extract, some rum and raisins or even some mango for a tropical BanGo?

This really is a great base for healthy ice cream treats that will carry us through the summer and beyond. Given the lack of sugar, dairy and gluten it will be a go to favorite for me and my family when we want to indulge in dessert over the holidays – I’m perfecting a holiday version – think Christmas Pudding Ice Cream. 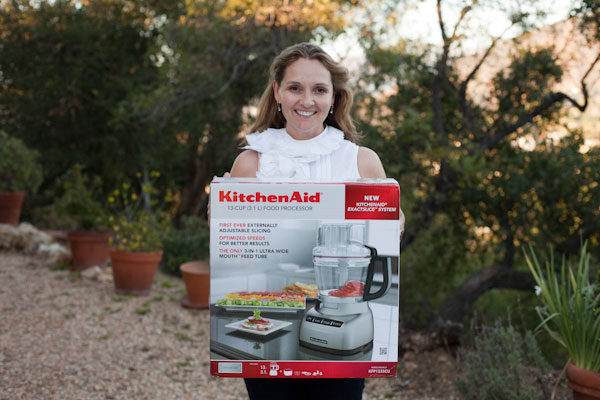 At the TECHMunch conference in Santa Monica I was invited by Babette Pepaj, BakeSpace, to be on a panel to talk about Getting Organized (I’m still trying to work out why!). Held at the Annenberg Beach House the day was filled with food bloggers, journalists, reps from various food companies and during the day lots of valuable information was exchanged. As cliché as it sounds the highlight for me was seeing old friends and making new friends – that and winning a KitchenAid Food Processor!

I have always wanted a food processor but never bought one – I make do with my immersion blender and KitchenAid electric stand mixer. Gadgets are kept at a minimum not because I don’t like playing with kitchen toys and not because I wouldn’t love to own a lot more pieces of equipment to make cooking faster and easier but because I just don’t have the space to store them all. That said – I’m saving my pennies for the KitchenAid Ice Cream Maker attachment – it’s on my Santa list.

Thank you Babette and thank you KitchenAid – now if you could just arrange for me to win a new kitchen with lots of storage I’d have space for the food processor and the other gadgets that I’m hoping for.