On July 14th I am pleased to announce that Yotam Ottolenghi is coming to Los Angeles for a special dinner to celebrate his book PLENTY, hosted by Chefs Jon Shook and Vinny Dotolo at Animal restaurant.

Dinner is a vegetarian menu based on the recipes from his book PLENTY – the dinner costs $70 which includes a signed copy of the book – with an optional $25 wine pairing. To make a reservation for this amazing dinner call 323 782 9225 on any day after 2pm. 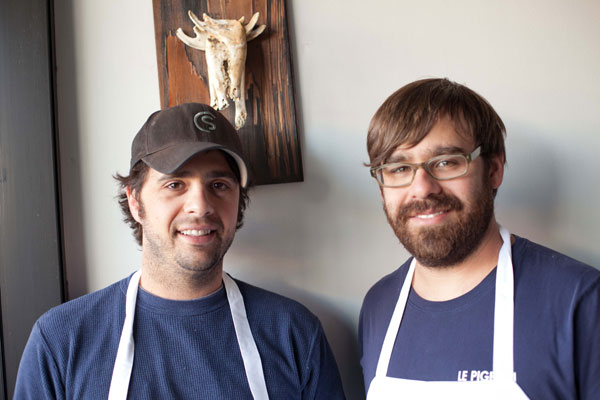 This dinner came about when I received an email from David Hawk at Chronicle Books asking for help when Ottolenghi came to town. I love this kind of opportunity – ideas, introductions and then fun experiences – a dinner, a meet and greet with this culinary hero behind not one but two of my favorite cookbooks, and delicious food – I mean “HELLO?” this is what I live for! I had recently interviewed Shook and Dotolo for MADE IN AMERICA (they gave me their recipe for marrowbones with chimichurri and caramelized onions which was almost identical to a recipe from 1894) – Dotolo had explained “People like to write about the weird [think pigs ears before they were everywhere] but we also do the normal.” Ottolenghi wanted to keep the menu entirely vegetarian – like the book – and Shook and Dotolo were excited when I approached them to host this London visitor and move away from their usual whole animal, meat centered regular menu, for a night. 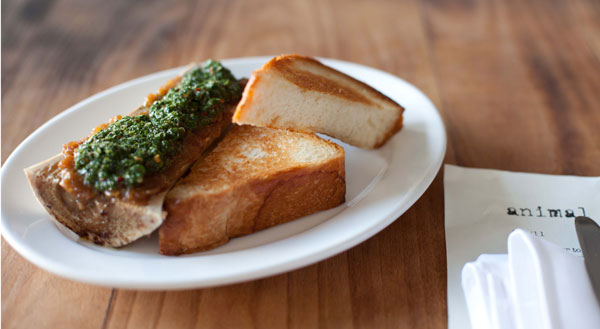 PLENTY, like many of my favorite cookbooks, was first published in the United Kingdom last year to wide critical acclaim. The Guardian called it “The hottest cookbook of the year,” but given that it is based on recipes that first appeared in the column of that very same paper this might not be saying that much. However, one read through and you realize this assessment is pretty accurate, even if a little self promotional. It came in second at the Food52 Piglet Tournament of Cookbooks where judge Susan Orlean raved, “I haven’t been this excited by a cookbook in quite a while.”

I first discovered Ottolenghi at our inaugural dinner of Mother Forkers at my friend Charlotte’s house back in January 2010. We had cooked from Chef Thomas Keller’s AD HOC book and were discussing what to cook from next. Charlotte proposed the OTTOLENGHI COOKBOOK and Anneli seconded it. It would take us another few dinners before we finally got to cooking from it at Anneli’s house – and what a dinner that was. I cooked the Puy Lentils and Sour Cherries with Bacon and Gorgonzola – the balance of acid and sweetness was perfect and I have subsequently cooked and recommended this dish to many friends. I also cooked the quintessential Ottolenghi dish – the giant meringues (which were so impressive they are what convinced Chef Ludo Lefebvre that the English might actually be able to cook after all – cheeky French chef!). 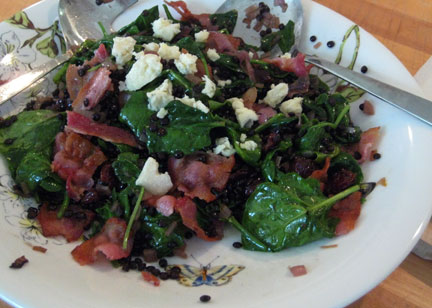 PLENTY is Ottolenghi’s second book that consists of 120 recipes from London’s Ottolenghi, vegetarian columnist for the Guardian and owner of four eponymous “haute-couture-to-go food shops” in London’s toniest neighborhoods. PLENTY’s fresh take on ingredients and flavors will change the way you think about and cook vegetables.

Drawing inspiration from his love of and commitment to the finest-quality ingredients and his far-ranging and eclectic culinary influences, Ottolenghi is well-known for his truly original and innovative approach to vegetable dishes.  Deceptively simple, his recipes often include unexpected elements that transform the dish, such as the inclusion of cilantro in an Italian-style eggplant dish and the use of a caper vinagrette to invigorate a warming dish of roasted sweet potatoes and parsnips.  Other recipes, such as Warm Glass Noodles and Edamame; Crusted Pumpkin Wedges with Sour Cream; Avocado, Quinoa, and Fava Bean Salad; and a seriously addictive Chickpea Sauté with Greek Yogurt will make vegetables the most exciting part of your meal.

Organized by ingredient, from roots to fruit, PLENTY’s breadth of colors, tastes, and textures is extraordinary.  Original, colorful, and brimming with Jonathan Lovekin’s utterly luscious, mouth-watering food photography, PLENTY will thrill vegetarians and meat-eaters alike with a stunning array of unique dishes that are sure to become staples. 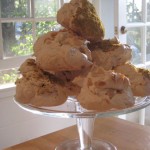 To purchase PLENTY click on the image of the book: