Happy cows come from California – or something like that – until a cow shows up with Mad Cow Disease and then everyone starts thinking twice about biting into that juicy burger or that all beef Dodger Dog. My first thought when I heard that a cow had tested positive this week was of Kat. 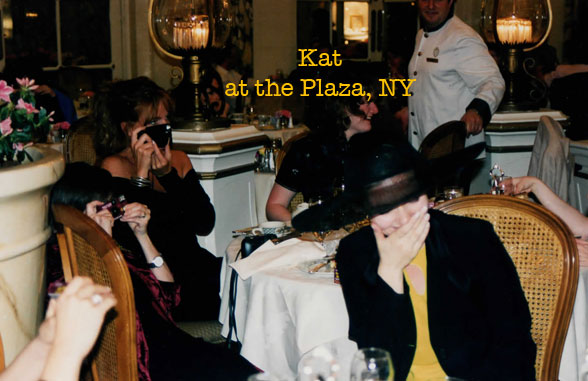 I grew up in England and lived through the fear of Mad Cow disease there. I also knew one of the 150 people who died from Creutzfeldt-Jakob disease (vCJD). Kat wasn’t a close friend – but she was part of my circle of friends back in London, a friend of a friend sort of friend. Emma was her close friend. The two were on a girls’ trip around America and made it to New York the weekend of my wedding back in 1998. I remember sipping Champagne and eating tea sandwiches off Villeroy & Boch china at the Plaza for my bridal shower with her. 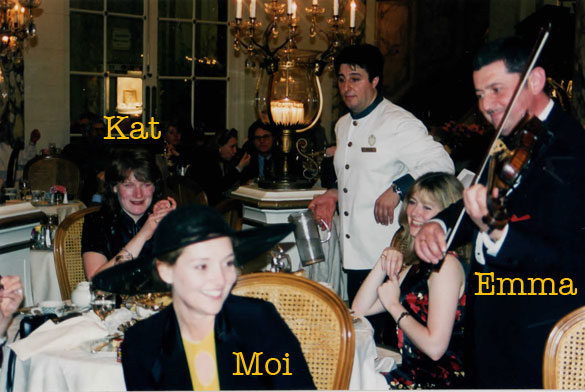 Here I am beyond embarrassed as the violinist came to my table to serenade me, I didn’t know where to look! – Kat happens to be sitting behind me and is caught in this moment in time. We are all smiles and laughter. And yes I was wearing a fabulous Chanel hat given to me for the occasion. 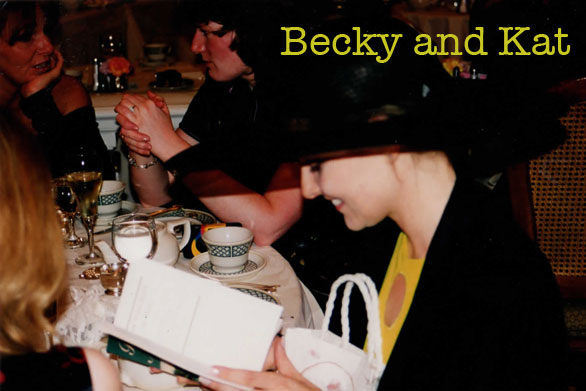 Here I’m sitting next to Kat as I open a gift from Emma. These were happy times – all my girlfriends and sisters in New York for my wedding. I made a huge dormitory for everyone to sleep in upstairs in my apartment. looking back I don’t remember much sleep but one long weekend of partying.  This was the last time I saw Kat. She died a long slow painful death from Mad Cow. They think she contracted the disease from meat in the school lunches she had eaten as a child.

And further more I don’t let my kids eat beef either- especially the beef used in hamburgers and hot dogs. The spinal cord and brains is the danger zone – think pink slime is bad?! So I cook with buffalo/bison whenever I can – instead of beef and I try to grind my own meat – steak and cuts that you can see are much better than minced up meat that you can’t recognize.

At Pebble Beach I had the pleasure of meeting Bruce Aidells – you know the smiley Santa look alike on the gourmet sausages.  I have fed the kids the mini chicken apple sausages many times. Well Bruce, being a meat expert, and I had the usual “I don’t eat US beef conversation” and before Guy Fieri came over to talk pork chops Bruce promised to send me his recipe for Mexican Bison Stew/Chili. True to his word I received a “Good Chattin with You” email the very next day with the recipe attached. I was very excited to cook some up – particularly because it called for chayotes – a vegetable I have never cooked with before. 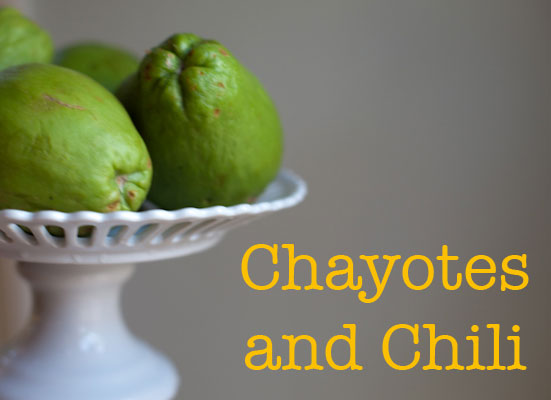 Chayotes are a little pear like but in the summer squash family – you can eat them raw as a coleslaw or chop them up and add them to a stew like in Bruce’s recipe. They are great because they retain a certain crunchiness and don’t go mushy. Rumor has it in Australia that a certain fast food company used these in their apple pies – because apples would turn to mush and not keep the uniform cubes. 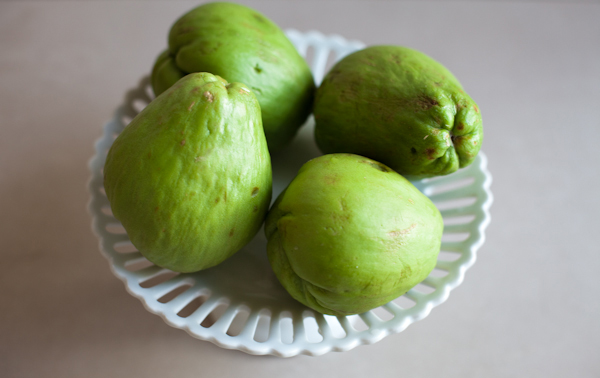 When I chopped the chayotes (which I found at my local Gelsons) something rather strange happened – the juice that covered my fingers acted a little like super glue as it dried and pulled tight on the skin of my fingers. It wouldn’t wash off easily either although as soon as I ran my fingers under the tap the tightness went away, a few minutes later it slowly returned. Strange. The choyotes and also hominy adds substance to the stew and I served it without any additional starch. Everyone gobbled it up and asked for seconds.

Bruce Aidell’s has a book coming out –  The Great Meat Cookbook: Everything You Need to Know to Buy and Cook Today’s Meat

which will be published by Houghton Mifflin Harcourt in Oct of this year. The recipe for the Bison stew is from this book – if this recipe is anything to go by this is going to be a book I look forward to exploring more. 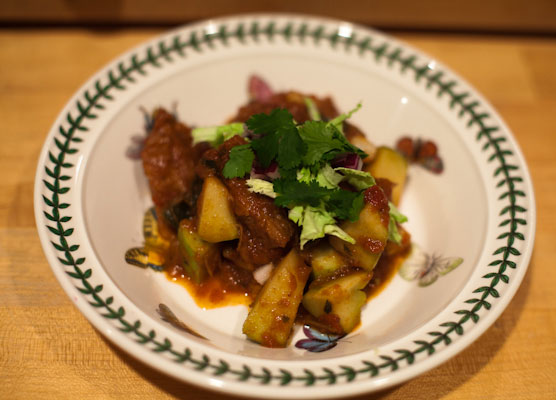 Our Mexican neighbors are great at turning tough, gnarly chunks of meat into delicious and tender stews.  Some of the more famous are Chili Colorado, Chile Verde, various Moles and Pozole.  This stew recipe, which uses tougher bison cuts such as chuck or brisket is inspired by these stews.  In Mexico, chayote would be used but in the U.S. the more common patty pan works great. In Louisiana chayote is known as Mirliton squash. If you can find chayote, by all means use it instead of the patty pan. Serve this stew in warm bowls accompanied with warm tortillas and rice.