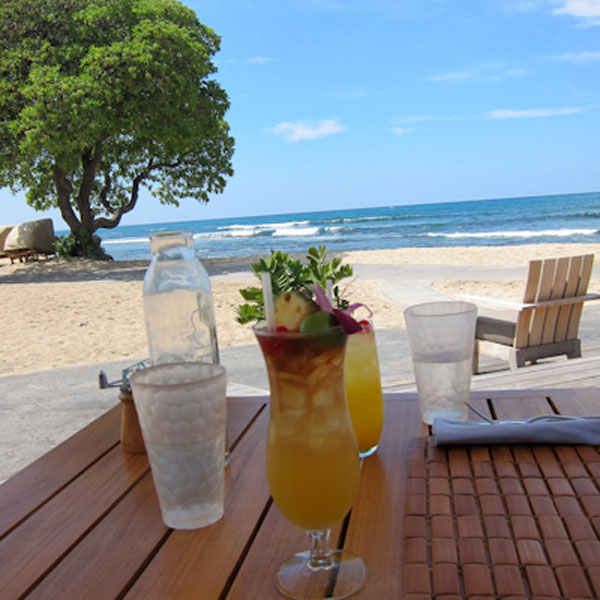 One week and counting until Hawaii and cocktail o’clock. I feel like one of the luckiest people right now. Following the success of the first Made in America weekend at the Four Seasons Resort Hualalai we are doing it again, March 1 – 5, 2012. Made in America 2 is a celebration of high-profile dinners, cooking classes and experiences with me, my book, Made in America; Our Best Chefs Reinvent Comfort Food and five of America’s best chefs who were featured in the book. 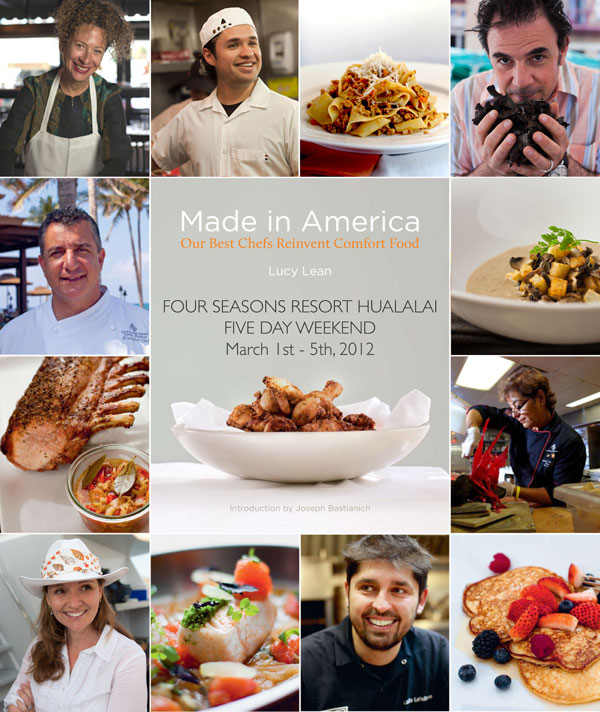 “After the success of our first Made in America events in October, we decided to do this again, even bigger and better,” says Robert Whitfield, regional vice president and general manager of Four Seasons Resort Hualālai. “This lineup of amazing guest chefs is top-notch, offering some great culinary experiences for our guests.”

The line-up of events (schedule subject to change) is as follows: 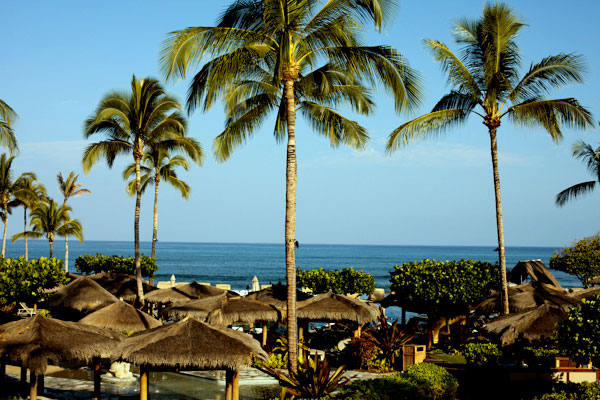 Guests are invited to book one of these Made in America packages:

Given that it’s Pancake Day tomorrow and most importantly Linda Rodriguez’s pancakes were the beginning of a beautiful relationship between me and the Four Seasons Resort Hualalai I thought this would be a good time to share her recipe. 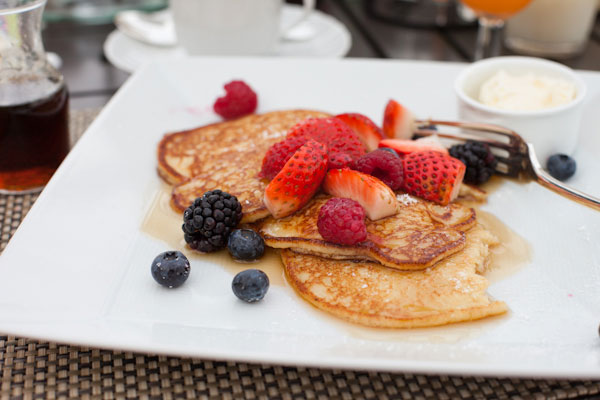 With more than thirty years of international experience, pastry chef Linda Rodriguez is a seasoned veteran. A California native, and graduate of the Culinary Institute of America, Rodriguez is responsible for all breads, pastries, and desserts served at the Hualalai Four Seasons Resort. “I love creating the first and last thing our guests eat at a meal,” she says.
It was over breakfast of lemon ricotta pancakes during vacation with my family that I discovered just how good Rodriguez is. One bite of the light fluffy pancakes with just enough zing from the lemon and I was asking for the recipe. I had been searching America for a pancake recipe to include in Made in America – something that elevated the usual American breakfast stack to something just that little bit more special. This photograph of the pancakes I took at breakfast and is the picture that was used in the book. 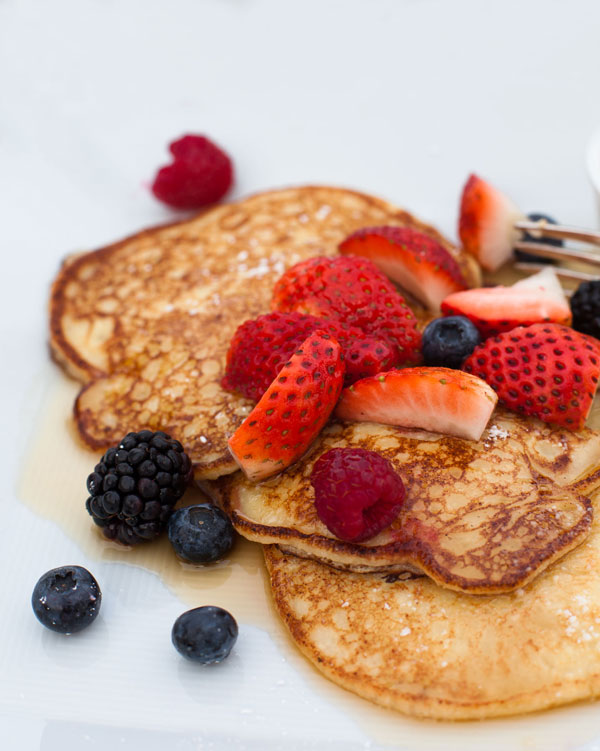 Rodriguez uses ricotta in her zesty lemon pancakes, which gives them a fluffy texture. “Careful not to overmix the batter,” she says, “the cakes won’t be as tender and delicate.”

6 large eggs, separated
Scant cup all-purpose flour
1/2 cup granulated sugar
Finely grated zest of 1 1/2 lemons
Freshly squeezed juice of 3 lemons
3/4 pound whole milk ricotta cheese
8 tablespoons (1 stick) unsalted butter, clarified, plus more for cooking
Pinch of salt Confectioners’ sugar
Seasonal berries
Good-quality maple syrup
Serves 4
1. In a large bowl, mix together the flour and sugar. add the lemon zest, lemon juice, and egg yolks and mix just until the batter comes together.
2. Add the ricotta but do not overmix. Slowly mix in the clarified butter (again, do not overmix).
3. Whip the egg whites with a pinch of salt until they form stiff peaks. Just before cooking, gently fold the whites into the batter.
4. In a preheated nonstick pan or griddle over medium heat, add some clarified butter and about 1 1/2 ounces of batter per cake; each pancake will be about 5 inches in diameter and the batter will make approximately 12 cakes.
5. Cook the pancakes until they are golden brown and the edges have started to brown. Flip and cook through.
6. Place 3 pancakes on each of four serving plates, sprinkle with confectioners’ sugar, garnish with seasonal berries, and drizzle with good-quality maple syrup.
Chef Rodriguez’s Tip
“Because of the ricotta, these pancakes do not bubble like normal pancakes, so you need to watch their color for doneness.”
« Blackberry Jam from Campfire Cookery
Pancake Day – How to make Perfect Pancakes/Crêpes »