I love this little video in which some of the great chefs cooking in Britain today describe what great British food means to them. The rest of the world, including the Americans and especially the French,  often make fun of British food – many think of it as overcooked meat and two veg or a soggy piece of fried fish with large flabby chips wrapped in newspaper. They couldn’t be more wrong. London is an important culinary city and Great Britain has never been stronger in terms of food and the appreciation of it.  With influences from far and wide, partly as a result Britain’s colonial history – think thick spicy Brick Lane curries or soft bagels fresh from the oven at any time of the night or day, but also super local indigenous food particular to this island. You have the great French chef Raymond Blanc who has chosen to make England his home with Le Manoir aux Quat’ Saisons and it’s fabulous kitchen garden responsible for the fresh full flavor vegetables and herbs in the dishes raving about “crumble.” Jamie Oliver, Yotam Ottolenghi, Ruth Rogers, Gordon Ramsay, Marcus Waring, Wolfgang Puck, Daniel Boulud, Alain Ducasse – they all have fabulous restaurants in London that I dream of dining at again and again. Chefs are embracing the rich cultural food heritage and sourcing amazing products that are locally produced on a very small scale. There’s nothing simple about an English Cox’s Orange Pippin eaten straight up with a piece of aged Keen’s cheddar from a family dairy in Wincanton Somerset. Or how about Le Roast Beef? My father rears White Park cattle in Devon – the meat is so good the King of England allegedly called for his sword and knighted his steak – Sir Loin. Chef Oliver Peyton cooks this very special White Park beef in his London restaurants.

Last summer I ate some amazing food in London – I dined on briny fresh oysters and sharp housemade pickles at Barbacoa, Jamie Oliver and Adam Perry Lang’s new place in the City: 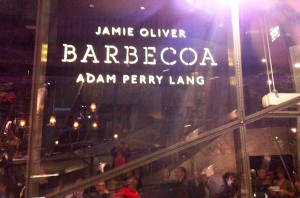 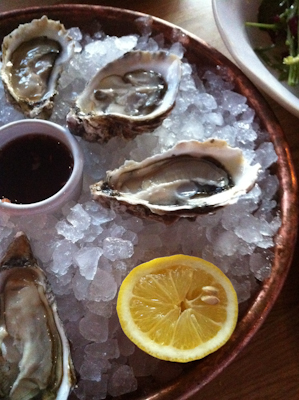 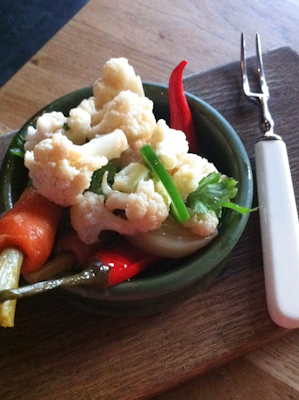 Drank bubbles with Yotam Ottolenghi at his new restaurant NOPI in Soho, (which is worth a visit just to go to the loo – oh how I wish I had taken a photograph) and enjoyed sushi off the conveyor belt at Itsu and until it ran out at Pret a Manger. 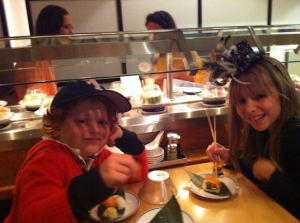 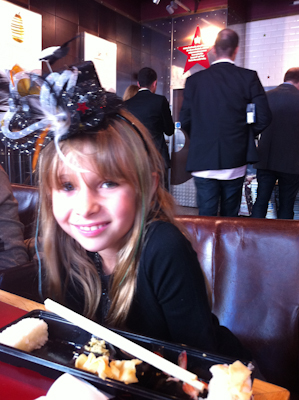 For anyone who thinks British food is bad I say that they are extremely out of touch. In an interview I did with Wolfgang Puck he described his visit to England last year and the food he had eaten as being far more exciting than anything he had eaten in Paris – admittedly he had dined with Ducasse at the Dorchester, he’d had Indian food in Mayfair and then dined at Heston Blumenthal’s place The Fat Duck- or maybe it was Fergus Henderson’s restaurant St. John – my memory let’s me down… His opinion was the dining scene in London was more vibrant than Paris due to the diversity and as much as I love Paris, I think I would have to agree.

With the Summer Olympics just around the corner I’m feeling homesick and dreaming of another trip to London so I can explore what used to be my home city as a tourist once again. A packet of Maltesers helps but what I really need are Worcestershire Sauce crisps (chips).  Here’s a little trick for a great British snack – take a bowl of chips, sprinkle them generously with Worcestershire Sauce and microwave on high for 30 seconds – hot chip! 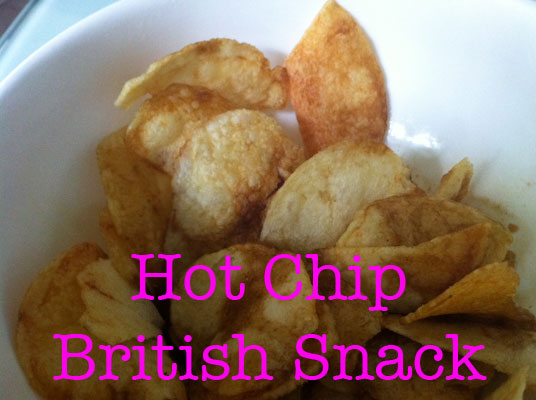 Tonight, we’ll have a very British dinner from one of my favorite cookbooks of recent weeks – Jamie’s Great Britain

. I gave a copy to Nancy Silverton who was off to London on a girls trip with Ruth Reichl – can’t wait to hear all about it. I’m going to cook Jamie’s recipe for Empire Roast Chicken – As Jamie explains: “Ask any British person what their two favorite meals are and I reckon most people would say their mum’s roast chicken, and a curry. Well, welcome to Empire roast chicken, a combination of both of those things. Your friends and family are going to love it. I love it. You will love it.”

And then I’ll watch Downton Abbey for the 100th time!