Ever wondered how to braid bread? We had it down on our to-do list of a Thousand Things – not the easiest of challenges – but then again it wasn’t too difficult once we had broken it down. We wanted to take the sting out of this challenging technique and show you how to do it. This is the fairy tale session of bread making – because not only is this the Rapunzel of bread with all that braiding but we made loaves in all sizes prefect for Goldilocks and her three bears. 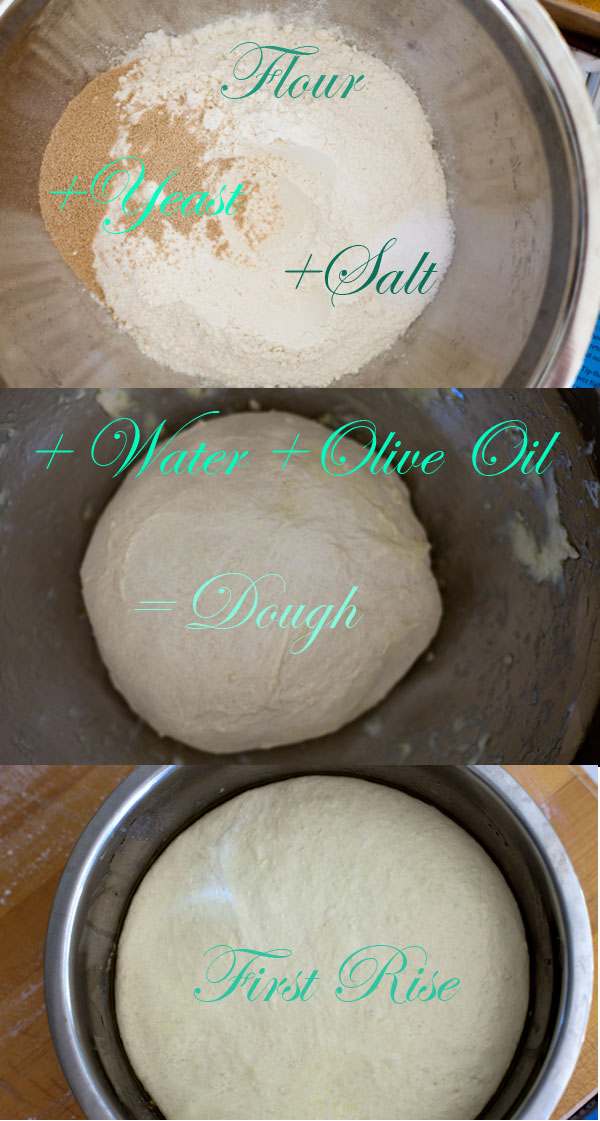 Here are two tips from Paul Hollywood of the Great British Bake Off – when making up the dough:
1. Keep the salt and the yeast apart in the bowl on top of the flour – the salt can ‘kill’ the yeast.
2. Use olive oil instead of flour on the counter top when you are kneading the dough.

Roll out the 8 strands of dough. Gather them at the top and tack to the countertop to form an octopus, each strand is assigned a number 1 – 8. 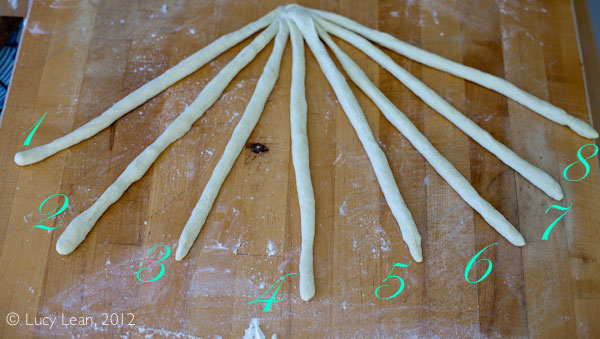 Step 1 – Place strand 8 under strand 7 and then over 1. Note you only do this step once. 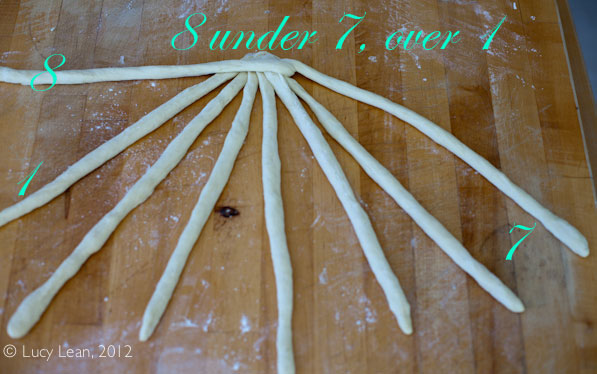 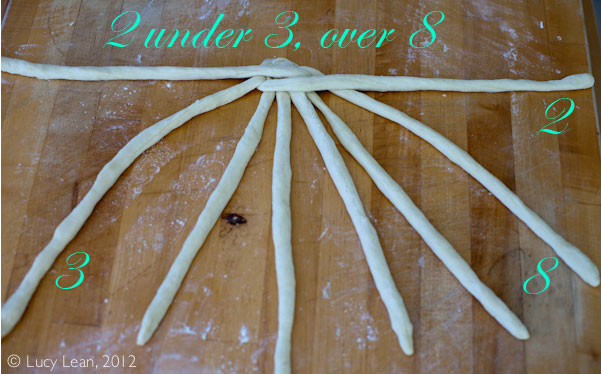 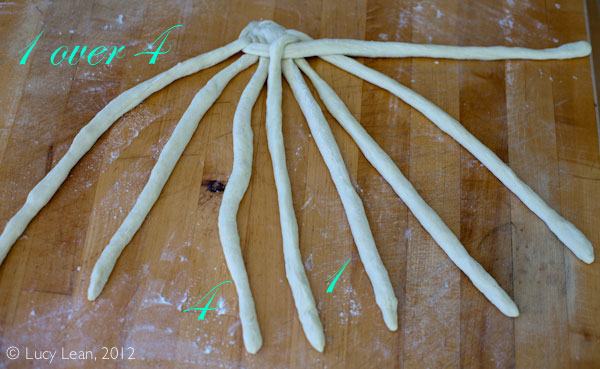 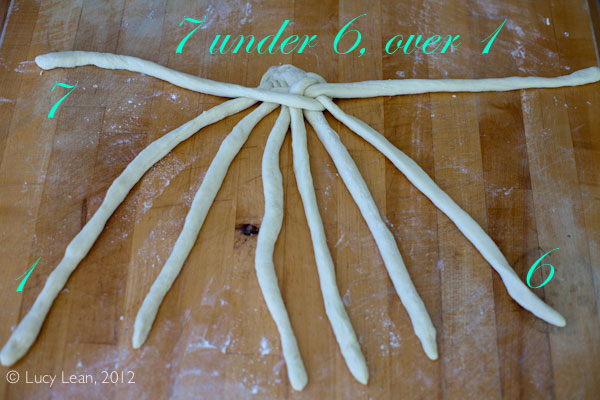 Repeat from step 2 until all the strands are braided.

It really takes a little getting used to but once you’ve done it a couple of times and if you stick to the formula it really is very easy.

Once the plait was formed Hollywood squeezed off both ends to remove the excess dough and then tucked them under neatly. 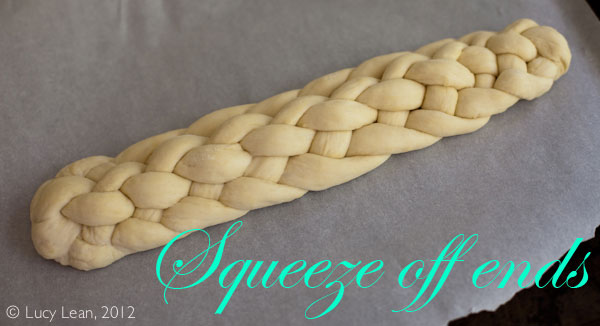 Set the braided loaf on a baking sheet and leave to rise for about an hour, until it was doubled in size. Pre-heat the oven to 400F. Brush the loaf with a mixture of egg and a pinch of salt. 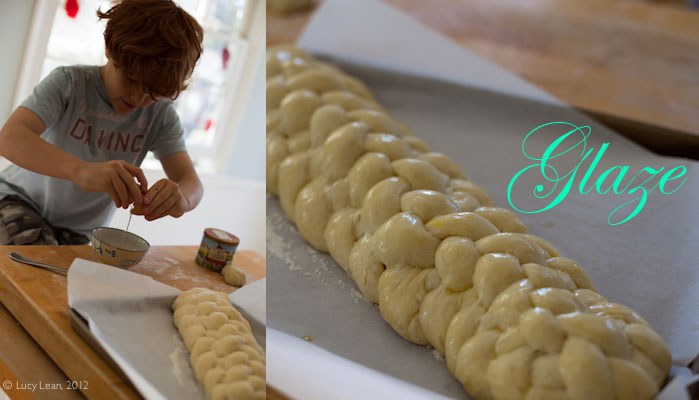 I was really grateful I had watched Hollywood demonstrate the technique on the subsequent Masterclass episodes (Paul makes the plaited loaf about 15 minutes in to the episode) – not only does he make sense of this challenging recipe, he also clearly demonstrated the kneading, rolling out and then plaiting – or as Americans would say braiding – of the dough. We kept practicing with the left over dough – making smaller and smaller strands which resulted in smaller and smaller loaves. 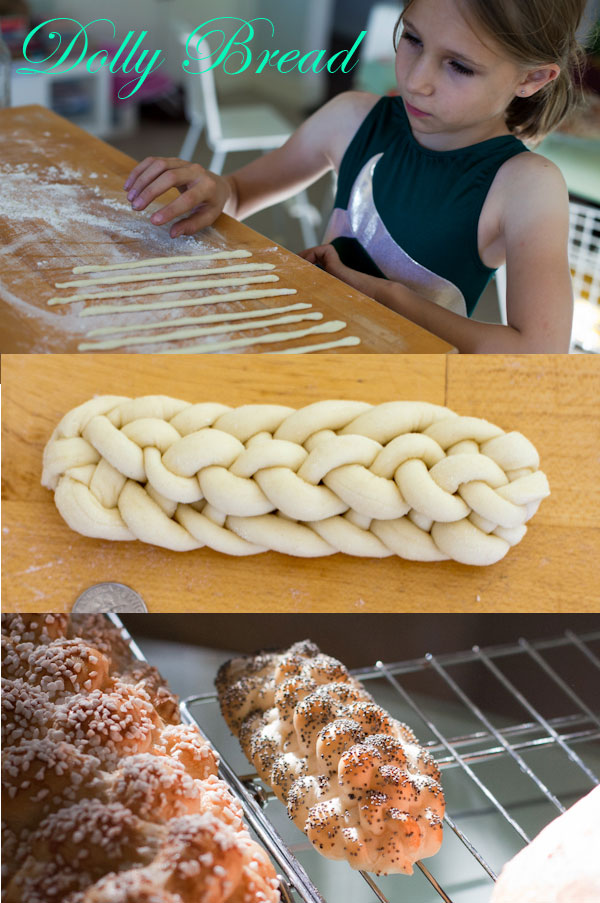 We left some of our bread plain, some we sprinkled with pearl sugar and the dolly bread we sprinkled with poppy seeds (sesame seeds would be good too). Bake for around 20 minutes (depending on size – smaller loaves will obviously cook much faster than a large loaf). The loaf is ready when golden brown and sounds hollow when tapped on the underside. Cool on a wire rack. 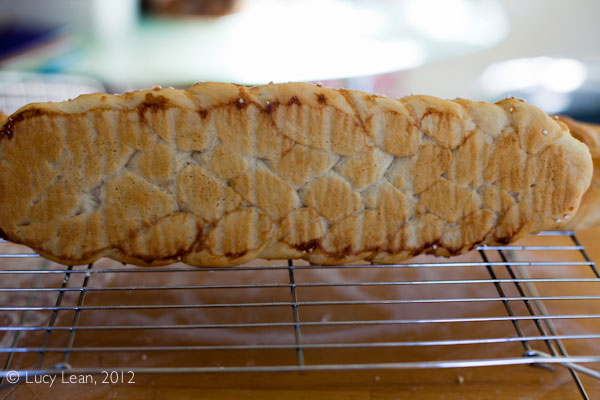 The pearl sugar topped mini loaves were the perfect breakfast treat with some raspberry jam – almost like eating a doughnut for breakfast, and there’s nothing wrong with that in my book! 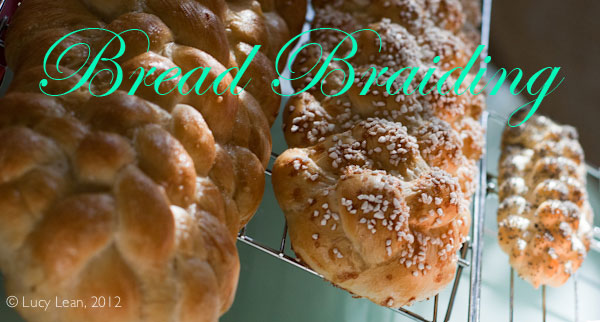 Recipe for an eight strand plaited loaf from Paul Hollywood for the BBC TV series The Great British Bake Off.