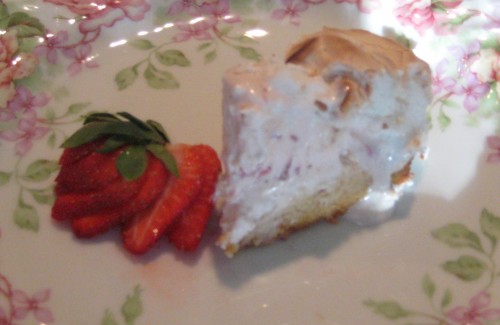 Minty and Rémy make Baked Alaska from LadlesandJellyspoons on Vimeo.

On Saturday I went to see Anne Willan talk about old recipes in the kitchen at an event organised by the Culinary Historians of Southern California at the Central Library in Downtown LA. Needless to say it was fascinating, inspiring and extremely informative. More to come…

The event started with a round of general housekeeping  where among other things they announced a rather special members only gala dinner on the Queen Mary that would hark back to the 40s – the menu included Baked Alaska for dessert.

I hadn’t made Baked Alaska since boarding school – we would make it after a rounders match with Myrtle – our housemistress (and more importantly Fashion and Fabrics teacher!) and I wanted to give it a go with the children.

Minty and Rémy were really excited to do this ‘science experiment’. We bought Strawberry Buttermilk Ice Cream from Carmela at the Hollywood Farmers’ Market on Sunday, I baked a madeira cake and whipped up some Ottolenghi meringue and the kids composed their baked alaska rap… lights camera action… 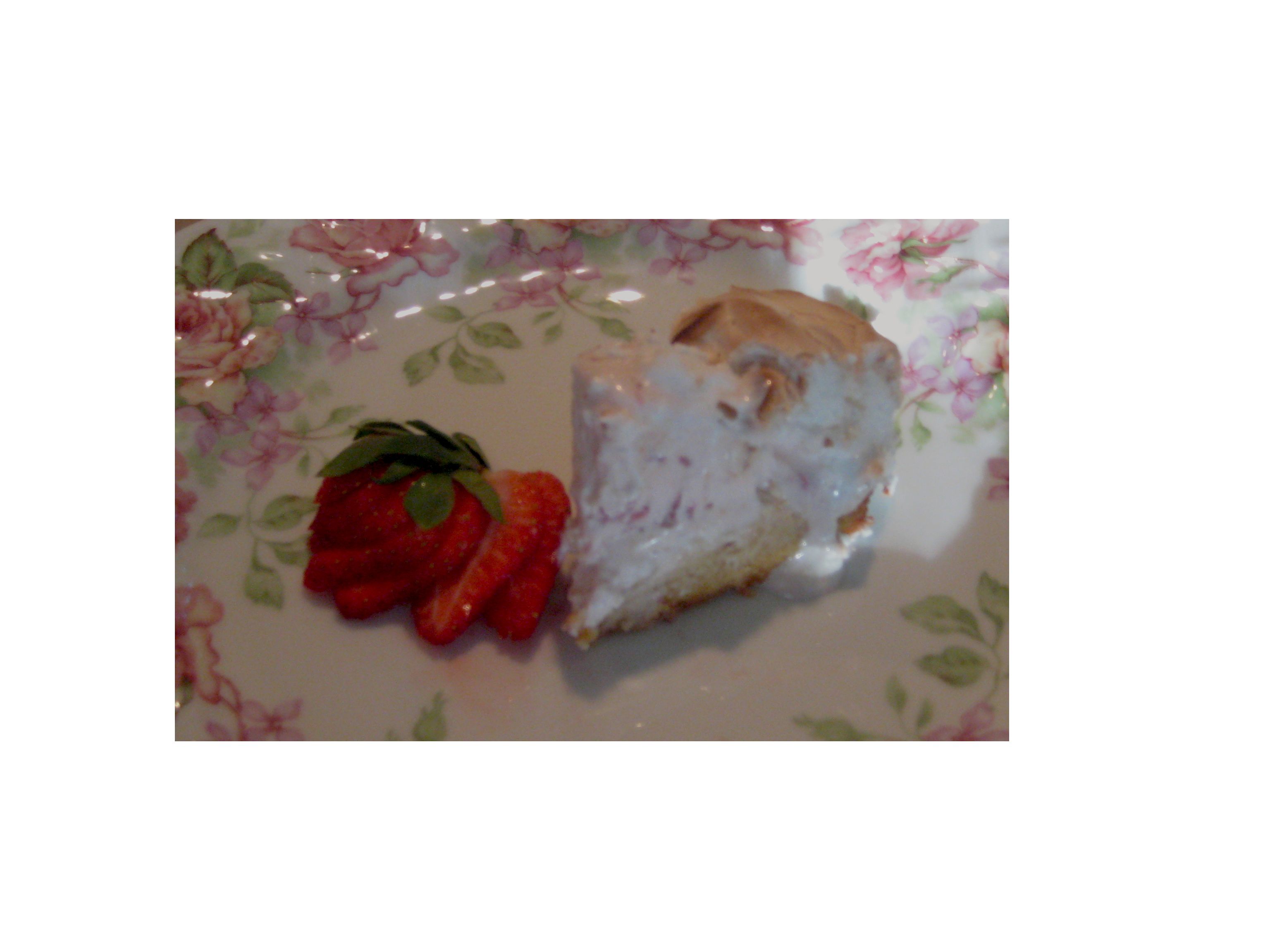 1 pint ice cream – we bought ours from Carmela

1. Place a round cake, we used madeira, on a flat dish and mould ice cream, we used Carmela, in the center. Place in the freezer until frozen solid.

3. Beat the egg whites until frothy and then add the hot sugar straight from the oven.

4. Continue to beat the meringue for about 10 minutes.

5. Place ice cream topped cake in oven proof dish. Spread the meringue over the ice cream and cake making sure it is completely covered and sealed.

6. Cook in a preheated 350 F oven until meringue turns golden brown – about 7 minutes. Remove from the oven and serve immediately – the outside will be hot and the inside should still be frozen – insulated in its meringue jacket.